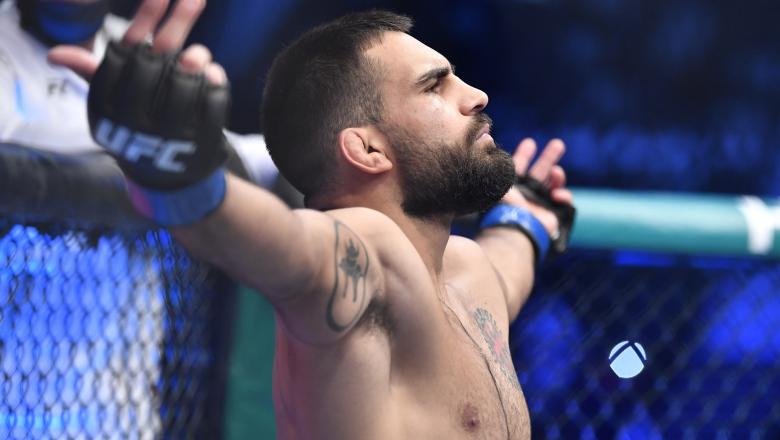 And what part of his military background translated into him becoming that quality opponent?

“I think just discipline. Because in in mixed martial arts, you have so much to study and to learn and to practice. You have no time to lose. I’m very disciplined and I put my time as good as I can on the right stuff to work on so I can be better and better and become a very good fighter. I think that mentality I had from my family, from my education and, of course, my time in the French Special Forces, which allowed me to forge it to be a guy that you will never see fade or lose a fight because of the mental part.”

The mental part. It’s here that we’ll point out a certain gravitas Saint Denis has when he speaks to you, a certain confidence that, although difficult to put into words, sets him apart from many of his peers.

“I’m not in the sport for money. I was not in the French Special Forces for money. It’s all about patience, though I want to climb the ranking as fast as possible. They gave me a very tough opponent for my first fight at welterweight. If I do great, I want a very tough part of the lightweight cake for my next fight. All my mind is on Gabriel Miranda for now. But I know what I want.”