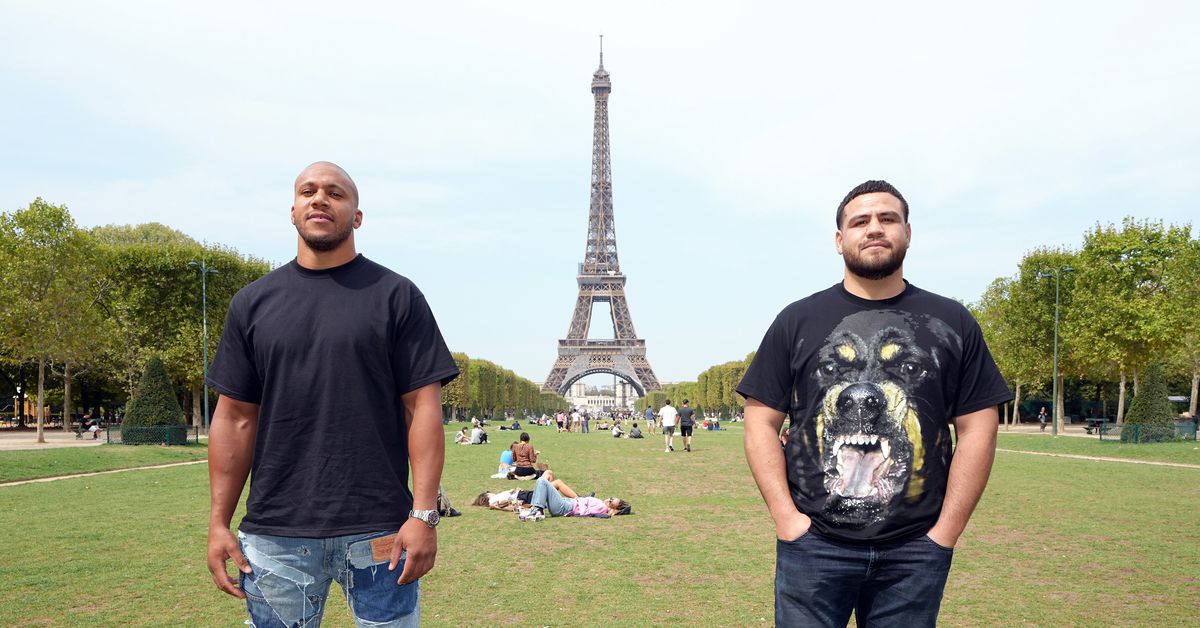 After a rare weekend away from UFC action, MMA’s premier promotion returns with a historic card. UFC Paris marks the company’s debut in France, and is headlined by a heavyweight tilt with title implications between former interim champion Ciryl Gane and the surging Tai Tuivasa. The main event is equally as interesting, showcasing a middleweight contest between former champion Robert Whittaker and former title challenger, Marvin Vettori, plus there are 10 other fights on the card, featuring a bevy of French fighters who are hungry to give their countrymen something to cheer about.

As always, all odds are courtesy of our friends at DraftKings Sportsbook.

In the co-main event, Vettori and Whittaker are fighting for the title of second-best middleweight in the world behind Israel Adesanya, and while Whittaker might be the better overall fighter, Vettori is a tough out for anyone. “The Italian Dream” has won six of his past seven fights, with his lone loss coming to Adesanya in a failed title bid. Vettori’s game doesn’t have much flash but it more than makes up for it with relentless pressure and an unbreakable chin. Whittaker should be able to stick and move well enough early on, but he doesn’t have the firepower to keep Vettori off of him and so this fight could simply come down to how the judges score forward pressure vs. retreating counterstrikes. Don’t get me wrong, Whittaker should be the favorite here, but there’s value in Vettori in this line as this fight is closer to an even contest than the bookmakers are suggesting.

Similar to the above analysis, I perhaps favor Nasrat Haqparast to get the win over Makdessi, but these odds are off. Yes, Haqparast is the younger, bigger man, but his game has never quite impressed and we’ve seen him struggle with high-volume, tricky strikers before. Makdessi isn’t Bobby Green, but he’s got a unique Tae Kwon Do style that has troubled more accomplished fighters than Haqparast. It wouldn’t be shocking if Haqparast was able to edge out a decision, but this fight is much closer to a 50/50 proposition than the odds suggest.

More about this fight later, but for now the important thing to know is that in six of his eight UFC bouts, Gane has hit the Over 2.5 Rounds wager. Now, Tuivasa has had less success with Overs, but the truth is, this should be Gane’s show. He’s the superior striker and his style prioritizes safety and movement. I expect him to pick Tuivasa apart, but “Bam Bam” is more than tough enough to take it. I would also feel decent about betting this line at OVER 3.5 Rounds for +115 odds.

Arguably the most fun fight on the entire card is the featherweight main card opener between Jourdain and Wood, so let me give you some quick numbers: In nine UFC bouts, Jourdain has gone OVER 2.5 rounds in seven of them. For Wood, he’s gone OVER 2.5 in four of seven bouts, but he’s done so in his previous three encounters. Both of these men are scrappy and durable, and we’re more than likely in for 15 minutes of fighting between the two of them.

Parlay of the Week

Here’s a simple fact that should tell you all you need to know about this fight: in his eight UFC fights, Gane has never lost a round that took place on the feet. He’s fought Francis Ngannou, Derrick Lewis, Jairzinho Rozenstruik, and Junior dos Santos (among others) and took them to school in kickboxing. Why would Tai Tuivasa be any different? Gane is the best striker in the heavyweight division. It’s that simple. So unless Tuivasa has been working on an Ngannou-like wrestling game for this fight, his prospects for winning are bleak. MMA is MMA, so perhaps I’ll look like an idiot for this one, but this is one of the most confident outcomes I’ve felt in a long time, and I would personally feel comfortable betting this outcome straight at a heavy price, in lieu of using it as parlay fodder.

As mentioned above, Vettori is a brick building of a man who seems nearly impossible to stop. But for all his own durability, he’s also not much of a finisher; 10 of his 12 UFC fights have gone to decision. Likewise, Whittaker has proven to be a tough guy to finish, but he’s seen the final scorecards in six of his previous seven bouts. Oh, and lest I forget, five of those decisions for Whittaker and four for Vettori were in five round bouts, and this is only three.

Long Shot of the Week

Parlays are never the smartest way to bet but then again, neither are long shots. But you know what both are? Fun. And so, in the spirit of the UFC making their debut in France, what could be more fun than predicting a stellar night for the French crowd with all five French nationals on the card picking up wins? There’s no real breakdown in the math or the matchups here, this is simply betting with your heart. So don your beret, break out the baguettes, and say it with me, “Vive la France!”

We got absolutely hammered last time out, but after several winning weeks in a row, it was bound to happen. Time to rebound and build some momentum heading into UFC 279.

Until next week, enjoy the fights, good luck, and gamble responsibly!

All information in this article is provided to readers of MMA Fighting for entertainment, news, and amusement purposes only. It is the responsibility of the reader to learn and abide by online gambling laws in their region before placing any online sports betting wagers.