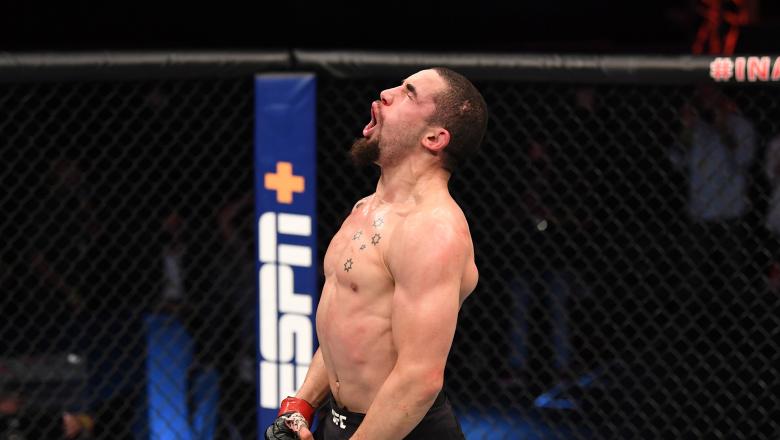 “The last fight with Adesanya was a hard fight,” he said. “He’s a great fighter and I feel like I came a long way since that first fight, obviously, and I did a lot of good things, but it just wasn’t my night. The judges gave him the nod and it is what it is. But that hasn’t dissuaded me. I’m just gonna work my way back to another fight with him, probably until the day I retire. So I’m just gonna keep grinding away and getting better. That’s just the main thing for me, to get better at my craft and to get in as many fights as I can.”

Not letting the loss get to him is a positive sign for Whittaker, but it doesn’t mean he thinks he fought the perfect fight and got robbed. He saw holes that still needed to be sewn up in his game, and he focused on those over the last six months.

“I was a little hesitant to pull the trigger in certain points of the fight (with Adesanya), obviously because of some lingering affect of the first fight,” he said. “(The first time) I overextended myself, I was too aggressive, and I got caught. I left too many holes. But I worked on a lot of those. I learned a lot about myself from that fight, and me as a fighter, I do believe that I’m the best fighter in the world.”

Those are words Whittaker fans want to hear from their man, who is still ranked number one in the world heading into his meeting with Italy’s Vettori, another fighter with a pair of losses to Adesanya, but who is also ranked second in the world. So while this isn’t a title elimination fight in official terms, if Alex Pereira upsets the champ in their UFC 281 main event in November, it might be, even though Whittaker isn’t focusing on such matters.