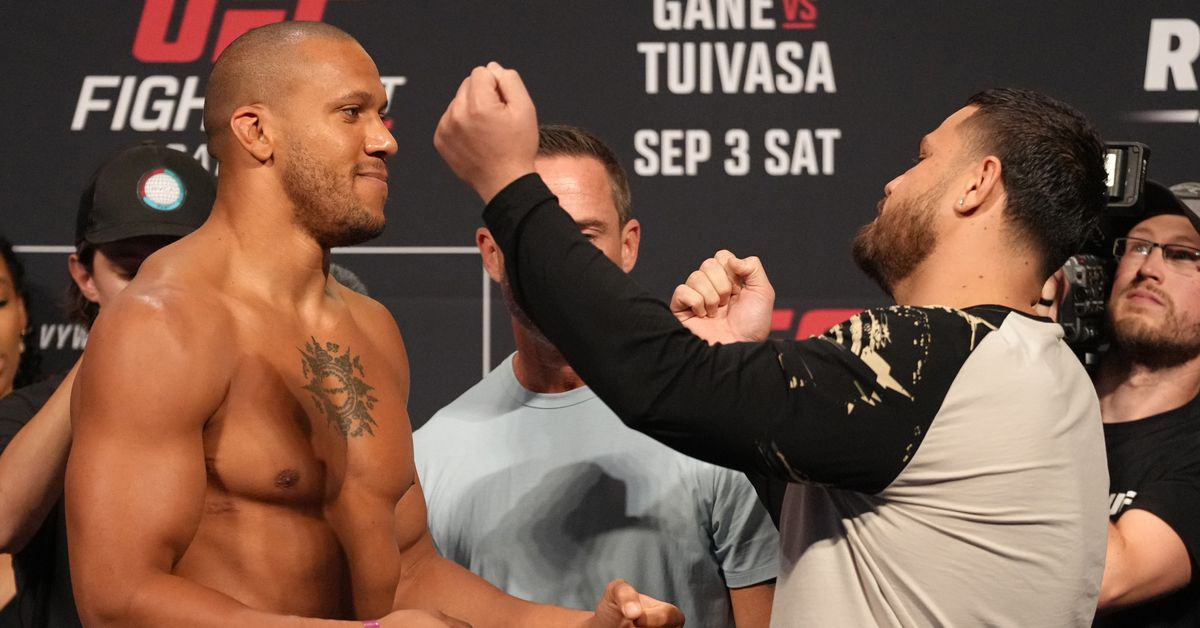 MMA Fighting has UFC Paris results for the Gane vs. Tuivasa fight card, a live blog of the main event, and live UFC Paris Twitter updates.

In the main event of the UFC’s first-ever event in France, former interim champion Ciryl Gane faces off against Tai Tuivasa in a pivotal heavyweight battle. The Frenchman Gane hopes to rebound after dropping a unanimous decision in a title unification bout to Francis Ngannou. Across the cage, Tuivasa looks to continue his hot streak after winning five straight wins via KO/TKO, including a highlight-reel upset over Derrick Lewis.

Check out the UFC Paris results below.

History Is Made In Paris!