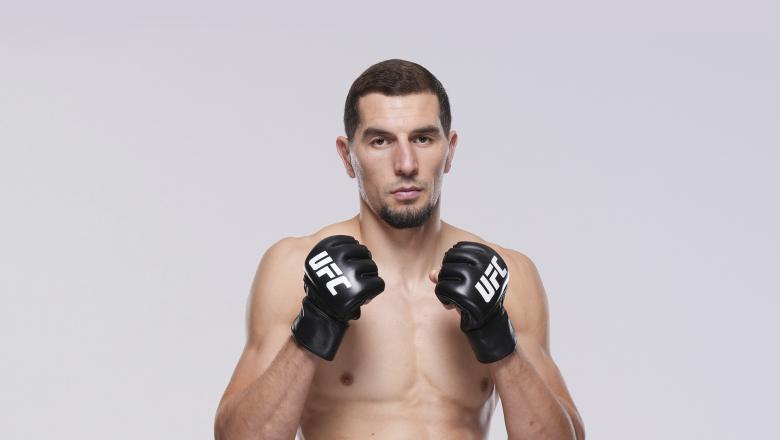 So, it’s hard when you see all the guys fight there and you think why you cannot fight there. I know what I can do, I know I have the skills and everything for this. In the beginning it was hard, but now I can show the people.”

Unfortunately, after getting signed to the UFC, he saw one fight in 2021 and two in 2022 scrapped, delaying his debut until now.

“It was hard, but I knew that my chance will come and because of this I was always working and now it’s time,” he said. “Of course, it’s hard and it’s not easy always to be prepared, but now it’s time.”

Prepared might be an understatement considering that he’s basically been in a year-long training camp. Magomedov disagrees.

RELATED: Why The UFC In Paris Is A Big Deal | French Trivia With UFC Athletes

“A year? No, for all my life,” he laughs, with coach Ivan Hippolyte interjecting that he wasn’t about to give his charge any long periods of time off.

“Maybe two, three days,” chuckles Magomedov, who is in good spirits before the biggest fight of his career. And why not? It’s his birthday, he’s likely in his physical prime, and he’s got the experience not too many UFC rookies can come close to. In other words, he’s ready to go.

“It’s exactly what I feel and what I think, because now, nothing can surprise me,” he said. “I saw everything, I fought against almost everybody, and now it’s my time. I am in my prime and I will smash them all.”