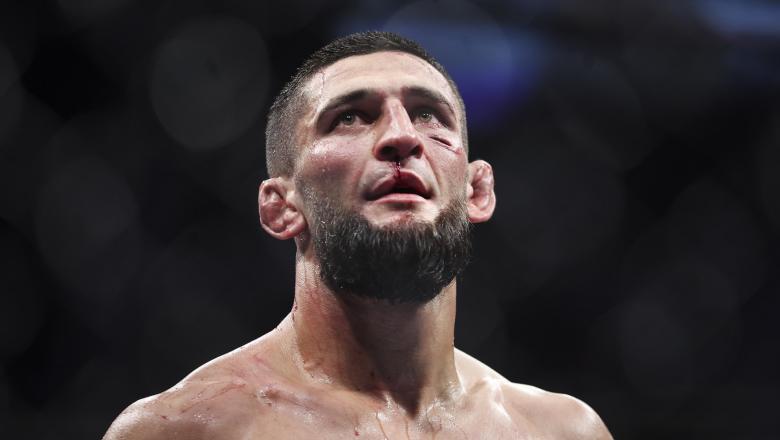 The Stockton-based welterweight out-struck his opponents 112-1, pitching three consecutive shutouts after allowing Phillips to catch him with a single strike in his promotional debut. For good measure, he added in four takedowns, five submission attempts, and one knockdown, which was actually a knockout.

He spent less than 13 minutes in the Octagon in his first four fights combined, averaging a little over three minutes of work per evening, leading many to wonder how he would handle a longer fight against a tougher opponent.

In April, Chimaev answered that question, going toe-to-toe with former title challenger Gilbert Burns in a hard-fought, grueling battle where each man landed well over 100 significant strikes in the three-round affair.

“I could make that fight easy, but I made that fight a dogfight,” he said of the battle with Burns, which took home Fight of the Night honors at UFC 273. “I fought with him (stupidly). Next time, I will make it smarter and make it easy.

“Everyone says he defended takedowns, but I took him down when I wanted,” he added, annoyed at the suggestion that Burns was able to keep the fight standing. “I didn’t want to fight on the ground — I wanted to show my boxing. I told Dana, ‘I’m going to make the fight with my hands, to make it exciting.’”

It was a thrilling fight, and Saturday’s main event pairing with Diaz could be as well.

Israel Adesanya releases video of his reaction-time training
Peter Queally: ‘I just want to beat Benson Henderson’ in Bellator 285 main event
The Scorecard | UFC Fight Night: Sandhagen vs Song
What’s Next For Tony Ferguson After 5th Straight Loss? | UFC 279 Matchmaker
Yoel Romero responds to ‘pampered’ Israel Adesanya over recent comments: ‘How many fights does Izzy have that are boring?’