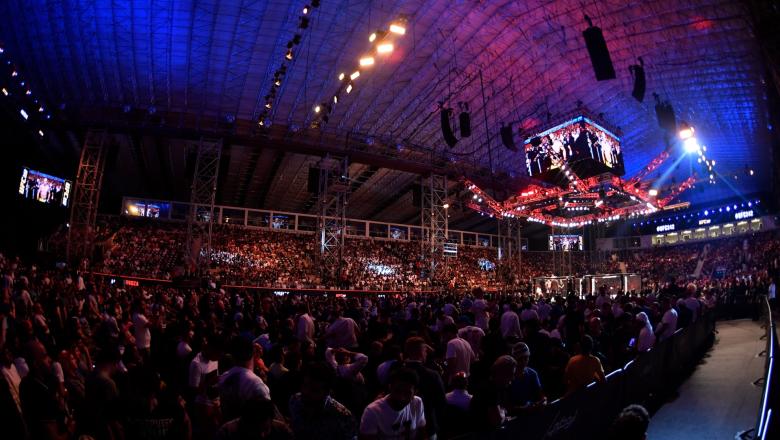 UFC, the world’s premier mixed martial arts organization, and IRL (“in real life”), the leading group messaging social network app aimed at bringing people together through authentically shared online and offline experiences, today announced a first-of-its-kind, global partnership that unites both athletes and fans through live group messaging leading up to and during   UFC’s biggest events.

IRL will become UFC’s Official Group Messaging and Fan Chat Platform with features including a “Join The Conversation” campaign and the utilization of UFC’s “Social Tagboard.” The “Join the Conversation” campaign will take advantage of IRL’s dynamic platform to facilitate live, authentic conversations between UFC athletes and fans around UFC’s Pay-Per-View events. On Sept. 10, the first live athlete chat will kick off with Brandon “The Assassin Baby” Moreno, who made history in 2020 by becoming the first Mexican-born UFC Flyweight Champion. The initiative will encourage the fun tools IRL is known for, like giving users the ability to create unique prompts, polls, and even customizable memes through an auto-generator called MeMix, to further enable meaningful conversations on shared interests in a matter of seconds.  In addition, IRL will utilize UFC’s “Social Tagboard,” highlighting real-time commentary and live polls from fans on IRL during select events.

UFC will also provide IRL with a variety of integrations into key UFC assets, ranging from live events and broadcast features, to original content distributed through UFC’s popular digital and social channels. IRL will have a branded presence inside UFC’s world-famous Octagon® at select Pay-Per-View events and will become the Presenting Partner of UFC Live on TikTok, which features live interviews with UFC talent and athletes, personalities, and other special guests during events.

From the broadcast’s opening billboard, to the  Octagon, IRL will have significant visibility in front of UFC’s global fan base of more than 690 million people and over 185 million social media followers, including the 900 million TV households in 170+ countries with access to UFC’s broadcast.