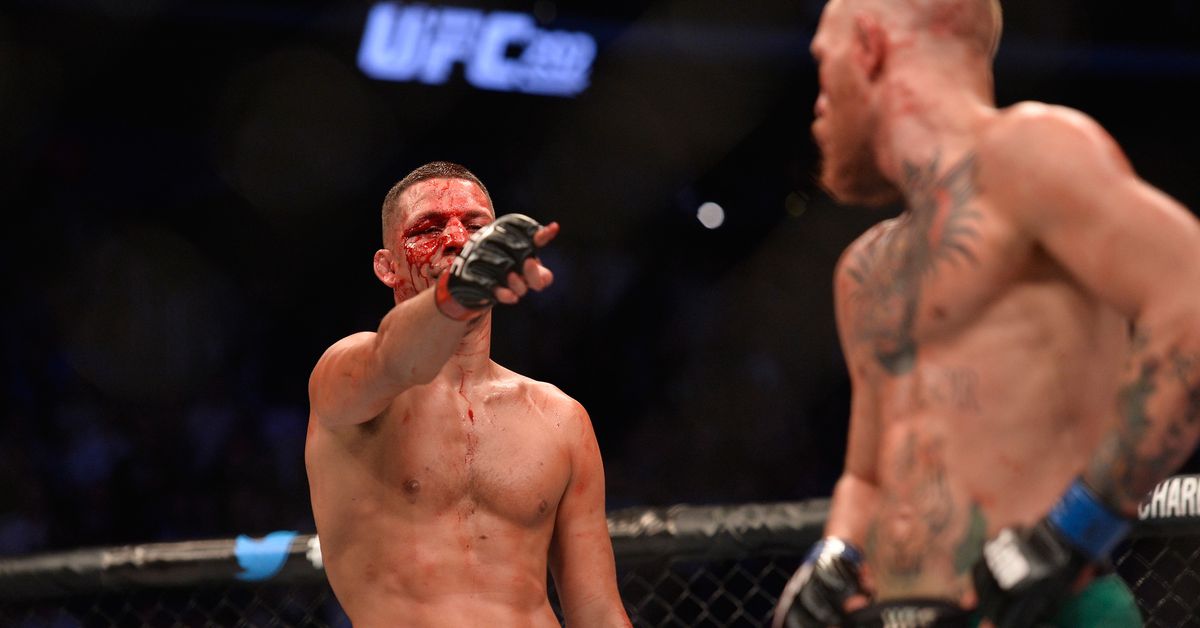 After a 15-year stint with UFC, Nate Diaz appears to be headed towards greener pastures. Diaz has not completely closed the door on signing a new contract with UFC, but it certainly appears unlikely given his recent comments, general interest in boxing, and his own MMA promotion. In all likelihood, Diaz’s main event slot opposite Khamzat Chimaev this weekend (Sat. Sept. 10, 2022) at UFC 279 will be his final appearance inside the Octagon.

There is, of course, a hugely incomplete chapter in the Diaz storyline regardless of the outcome of Saturday night’s bout. Diaz shocked the world by handing Conor McGregor his first UFC loss, and the Irish fighter returned the favor with a close decision win just five months later. It’s been six years since that pair of battles, and the trilogy remains undecided.

Can it still happen with Diaz’s future so uncertain? Stockton’s favorite son seems to believe so. Speaking with Inside Fighting, Diaz still seems confident that he and McGregor will share the cage (or ring?) at least one more time.

“The timing’s not on right now,” Diaz said (via MMA Junkie). “We’ll worry about that later. It’s for sure going to happen at some point. … Yeah, at some point. He needs to get back on what he’s got to do, whatever that is. It’s like, when we match up, we’re going to match up. But we ain’t going nowhere.”

As Diaz says, McGregor vs. Diaz 3 will be a huge event and sell well anytime it gets booked. At the moment, however, Diaz remains focused on the challenge ahead.

“This fight right here that I’ve got coming up is brought to you by Real Fight Inc,” Diaz said. “The UFC is obviously pushing their fighter on me – not with me, but against me. So this is the first real fight event that we’ve got is right now, right here.”

It’s UFC 279 fight week, and the fact that Diaz is fighting Khamzat instead of Tony Ferguson remains tremendously whack.

“What they got me doing right now is acting like I called for this fight, which I didn’t call for, and I don’t want, didn’t want and still don’t want but I don’t give a f***. I’ll fight anybody. Pressure is on him.”

I don’t know if I can identify exactly what Khamzat’s accent is, but hanging out with Darren Till has definitely influenced his speaking a bit.

Arman Tsarukyan calls out Paddy Pimblett, which will absolutely not happen.

Okay, this is actually a cool interaction between Khamzat and Li Jingliang.

I trained with Cody Garbrandt for a long time, and we shared a strength and conditioning coach for many years — don’t ask me what the f—k is going on here.

Alessio di Chirico announced his retirement and wrote a very nice post on the subject.

If you were going to try to punk Daniel Cormier, why would you do so in the clinch?

Fool me thrice, shame on you?

Not a finish, but these throws are worth watching anyway!

I know you are but what am I.