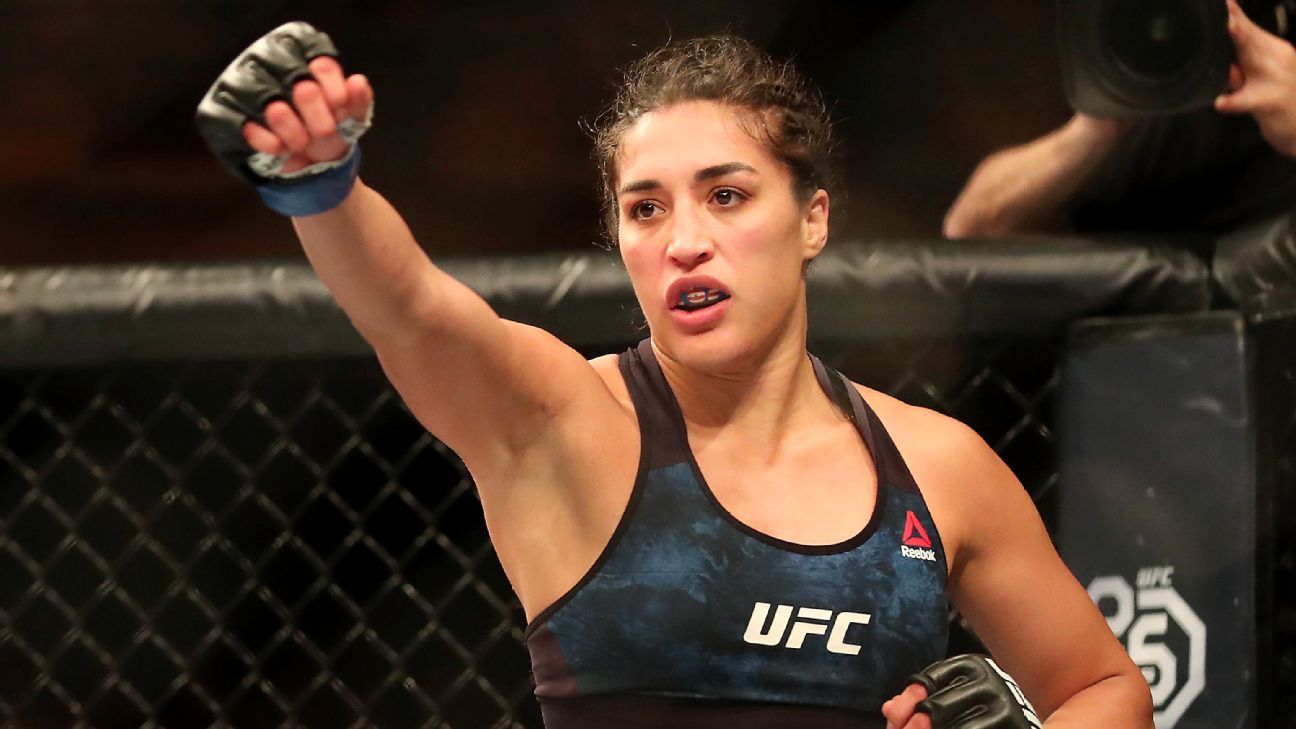 A women’s flyweight bout between Alexa Grasso and Viviane Araujo will be the new headliner for a UFC Fight Night event on Oct. 15 in Las Vegas after a middleweight matchup between Jared Cannonier and Sean Strickland fell through because of injury, the promotion announced Wednesday.

Nate Diaz returns to take on Khamzat Chimaev in a welterweight bout in the main event of UFC 279 in Las Vegas.

The event will take place at the UFC’s Apex facility.

Grasso (14-3) has been an intriguing prospect for the UFC since 2016. She competed in the strawweight division for the early portion of her career before moving up to 125 pounds in 2020.

Fighting out of Guadalajara, Mexico, Grasso has won three in a row since the move. Her most recent loss came by majority decision to the current 115-pound champion, Carla Esparza.

Araujo (11-3) has won five of her seven appearances in the UFC. Her biggest win was arguably her latest fight, a decision nod over Andrea Lee, who was coming off two wins by stoppage. Araujo fights out of Brazil.

The UFC has not provided an update on the originally scheduled main event. Strickland was forced out of the bout because of finger surgery.