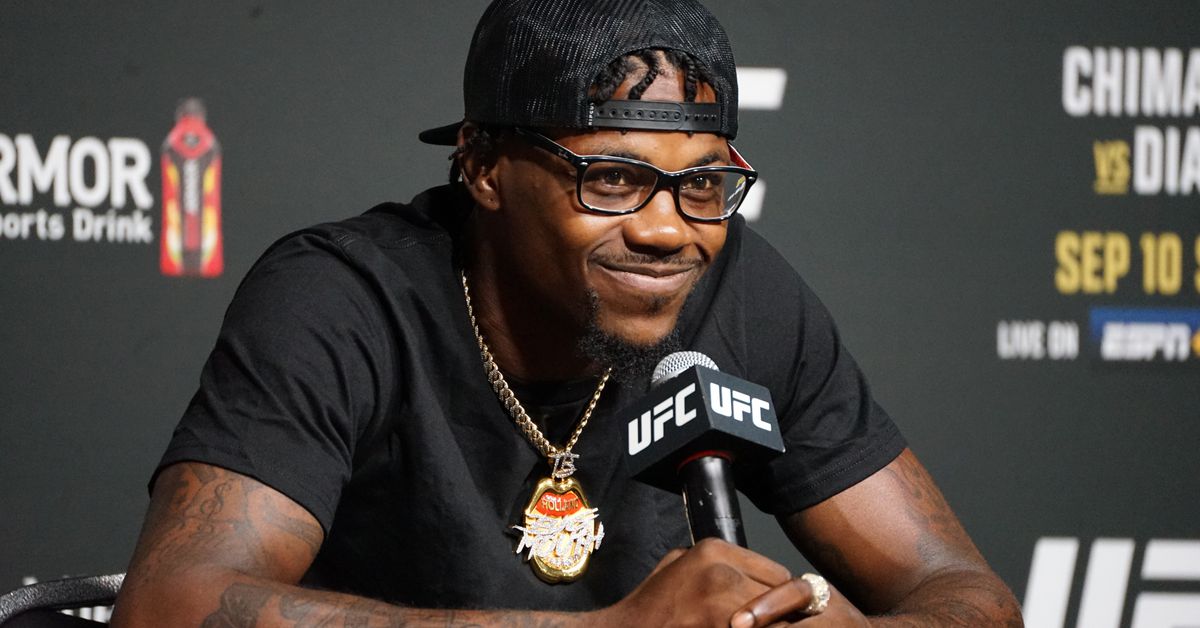 UFC 279 is a strange card in that several match ups could be shuffled about without issue. The primary example is, of course, Nate Diaz vs. Tony Ferguson, a match many argued before those veterans became the respective huckleberries of Khamzat Chimaev and Li Jingliang. A bit more under the radar is Kevin Holland vs. Khamzat, as the two actually have a history of bad blood and fight in the same two weight classes.

Under different circumstances, perhaps it’d be “Big Mouth” vs. “Borz” in the main event.

Whatever the case, Holland isn’t a fan of the Chechen, and he’s not afraid of making it known. Speaking earlier today at the UFC 279 media event, Holland explained that Chimaev puts on an act for the cameras and is far friendlier when no one is looking.

“Other than that, he doesn’t do it. When you guys aren’t around, he wants to do fist bumps and he wants to be your best friend. When you guys are around, he’s like, I’m going to rip your head off! You ain’t ripping s—t off dog, you just want a paycheck like the rest of these guys around here… He should [still] win [against Nate], on paper.”

Holland’s critique is remarkably similar to Jake Shields’ recent account of Chimaev’s antics, which caused him to label Chimaev a “fake gangster.” In addition, Costa has been calling Chimaev a “gourmet Chechen” and made similar claims about his posturing for the camera. Still, it’s important to remember that when the cameras turn to Khamzat inside the Octagon, the undefeated wrestler has been nothing less than spectacular.

It may not be the most ideal match up for Ciryl Gane, but Curtis Blaydes is the fight I really want to see for “Bon Gamin.”

A helpful recap of what “The Gypsy King” has been up to in the last few months.

Every few years, Renzo Gracie finds himself in a situation to hand out some street justice. Remember the 2012 Raccoon Eyes incident? Fun times!

Jack Shore vs. Kyler Phillips, a great match up I didn’t remember was booked, is off. Best of luck to Shore in recovery!

Remember when Nick Diaz returned against Robbie Lawler, dropped a bunch of uncomfortable quotes, and then didn’t look ready to fight? I am concerned for UFC 279.

Devastating news for the Penn campaign.

This is nice work along the cage.

Getting up as soon as possible from this position is necessary, but that doesn’t make it safe.

Shermurat Kalilov KO’s Khvicha Koridze with a beautifully timed right hand and GNP as Koridze tries getting to his feet. That was crazy. And new GFC Featherweight champ #GFC17 pic.twitter.com/ToD8bVVLLt

Perception and numbers can be tricky.

“When people’s average perceptions of group sizes are compared to actual population estimates, an intriguing pattern emerges: Americans tend to vastly overestimate the size of minority groups.” Apparently we are also terrible at math. https://t.co/tx7dWFP6U1 pic.twitter.com/Kd4jbIQsNj