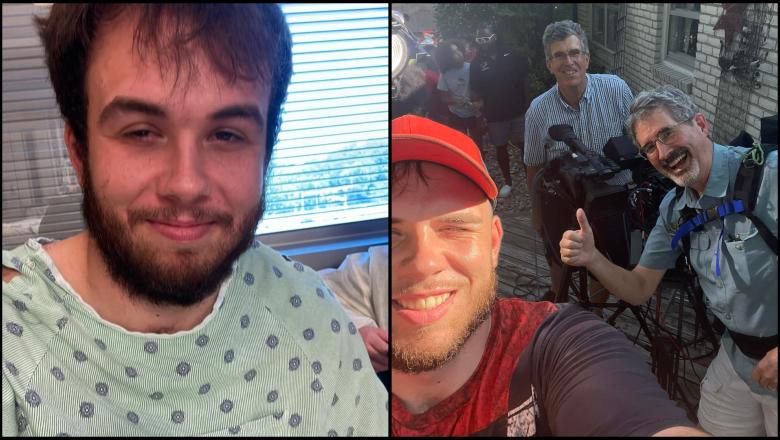 So, on that Monday night, when five children needed saving, it was those selfless acts ingrained in him since he was their same age, that helped him spring to immediate action.

“I needed to know if anyone was inside and rescue them,” Bostic said. “I’ve thought about things like this [when I was younger] in case they happen in the future to already have a decision on what I would do, so it didn’t take me long to run to the back door of the house.”

Since that night, Bostic has received endless messages from media outlets, friends, family and even total strangers. Surprised by the amount of support, he realized that the attention he’s receiving gave him a platform he wished he had his whole life; a platform where he could inspire change, encouraging acts of kindness to not be something you do on occasion, but instill in your everyday life.

“My opportunity in life and chance to make a difference in the world off just one action,” Bostic said regarding the doors that have opened for him since that night. “I thought [only celebrities] could get enough people to listen to [my story] to create the domino effect that’s started. When it comes down to it, my thing is just the word ‘kindness.’ And what should encourage people to [be kind] in every decision they make is love. Treat others how you want to be treated.