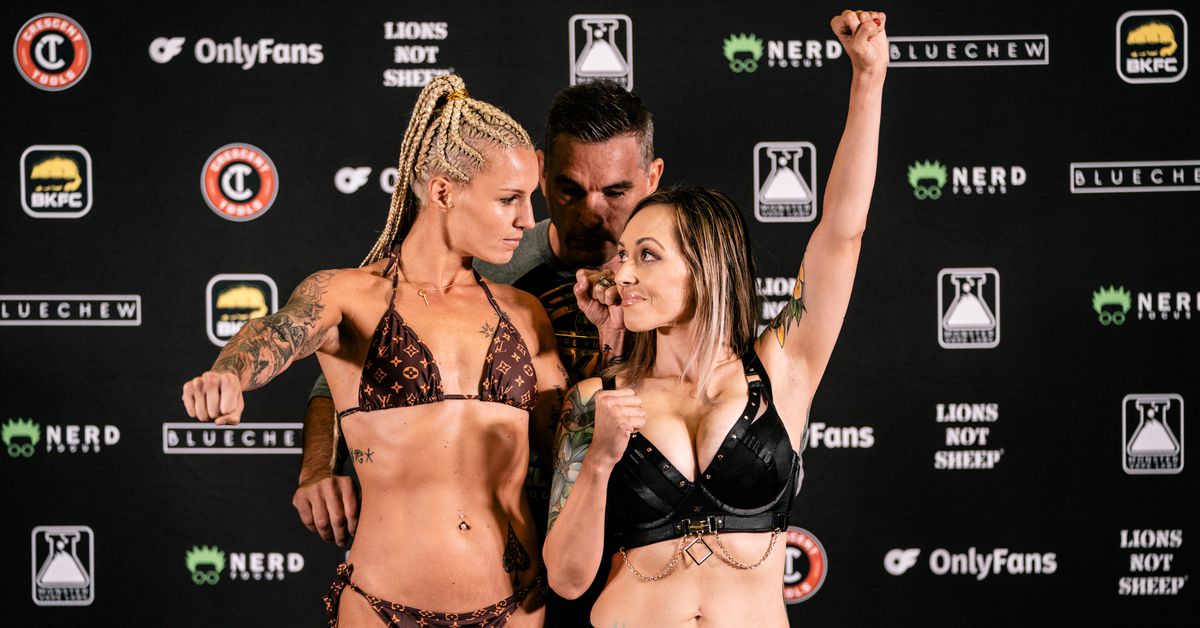 MMA Fighting has BKFC 29 results for the Hart vs. Sigala fight card from the Four Seasons Arena in Great Falls, Mont., on Saturday night.

In the main event, Britain Hart will face Charisa Sigala for the inaugural 115-pound title. Hart was initially slated to face Fani Peloumpi, but visa issues forced the change of opponent on Wednesday.

Hart bounced back from her flyweight title loss to Christine Ferea at Knucklemania 2 with a unanimous decision win over Bec Rawlings at BKFC 26 in June. Sigala was originally scheduled to face Paige VanZant later this year, but gets the opportunity to fight for the title after fighting Angela Danzig to a draw in March.

Check out BKFC 29 results below.