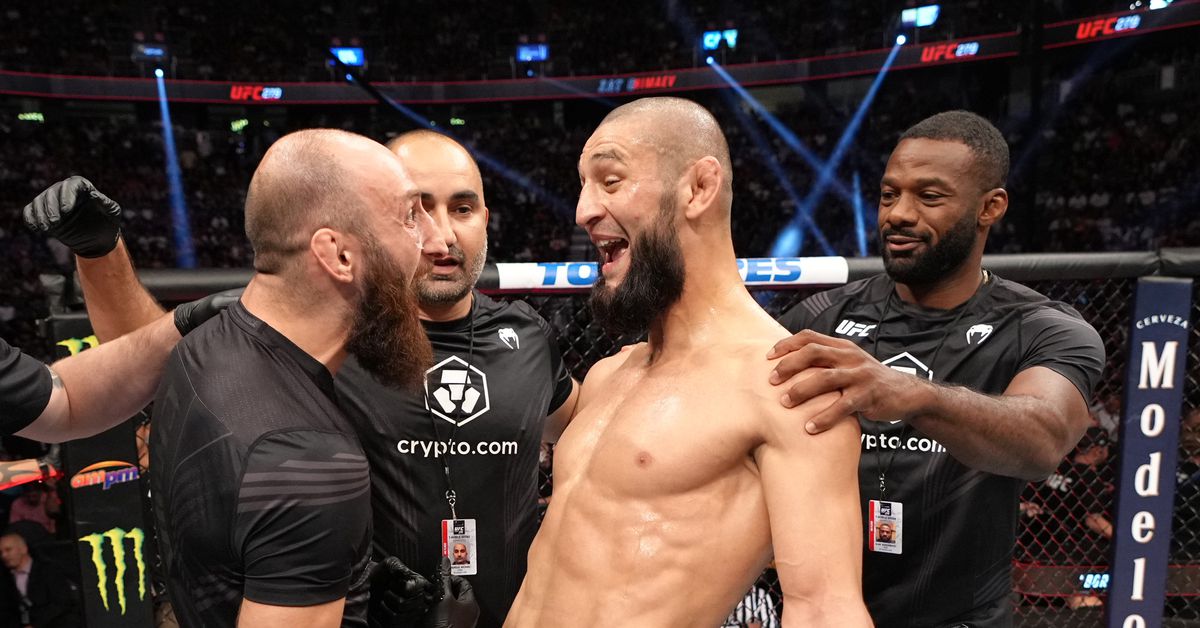 Khamzat Chimaev’s massive weigh-in flub almost single-handedly destroyed UFC 279 last night (Sat., Sept. 10, 2022). Only through some epic last-minute wrangling by UFC and it’s shockingly game fighters did we have a card to watch at all on Saturday night.

UFC President, Dana White, is not a fan of fighters missing weight, and you’d think a weight miss this big (Chimaev weighed 178.5 pounds for his Welterweight bout against Nate Diaz) with so many consequences would have him dropping a thousand F-bombs during the post-event press conference.

Instead, White seemed muted regarding Khamzat’s screw up.

“It’s a problem. It’s a problem that he missed weight,” White admitted when pushed on the subject. “I don’t know, we’ve got to look at it and figure it out and what makes sense is for him to fight at 180. So, we’ll see.”

White clarified that he was talking about Middleweight, saying, “Yeah that’s what I meant. No more Catchweight fights.”

Chimaev was looking on the verge of a 170-pound title before missing weight, and now leaves Las Vegas, Nevada, further away from championship gold than when he arrived. With Leon Edwards and Kamaru Usman set to fight again for the divisional strap, one reporter asked White about Khamzat Chimaev vs. Colby Covington.

The one thing White did get fired up over was accusations that UFC somehow set up the UFC 279 shuffle that led to Nate Diaz fighting Tony Ferguson instead of Chimaev.

“There’s some f—king lunatics on the internet that think this was all staged and planned and whatever,” White said. “If you think that the crazy dudes that we had here this week could be orchestrated into something, you’re literally out of your mind. This all happened and we had to deal with it. I just couldn’t wait to get tonight over with.”

The chaos wound up being good for business. According to White, UFC 279 was another sell out, social media numbers were through the roof, and the pay-per-view (PPV) performed extremely well.

He’s just fortunate there was an event for people to watch in the end.