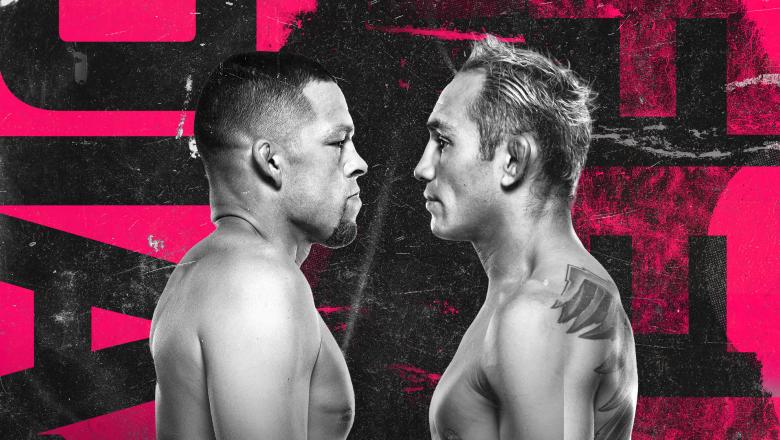 Diaz was the busier of the two in the opening stages of the second stanza, and though Ferguson rallied, soon “El Cucuy” was cut over the right eye, and now it was Diaz’ turn to take the momentum back, even though his right leg was starting to show damage from his opponent’s kicks.

A kick visibly hurt Diaz’ leg early in round three, and Diaz began walking away as if he was done fighting, only to re-engage with Ferguson as he delivered some of his best work of the fight. Ferguson calmly reacted to it all, not losing his cool as he dug at his foe at all levels. With two minutes left, Diaz began talking to those at Octagonside then went back to work, blood flowing from Ferguson’s shin from an earlier check by the Stockton native. Diaz’ movement was clearly compromised, but he was still having a good round, albeit a bizarre one.

In the second minute of round four, Diaz landed a couple stiff left hands and he kept the offense coming as he largely blocked incoming fire along the way. Ferguson did get a takedown in response, but Diaz locked in a tight guillotine, and the fight was over. The official time was 2:52 of the fourth round.