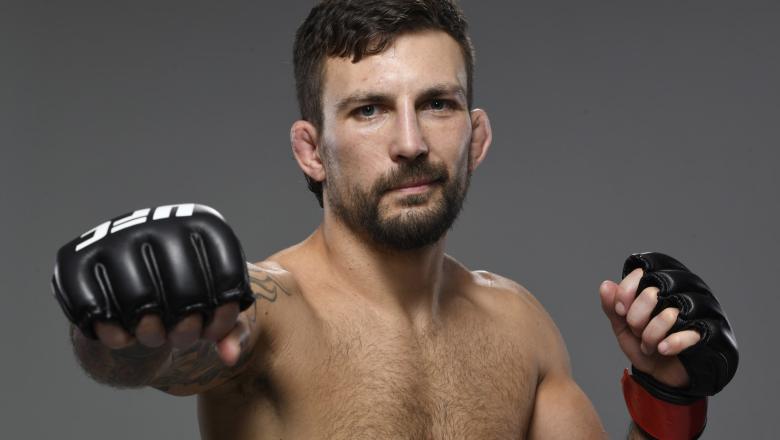 Some will say there is no way that is true or that Anheliger is playing the results; reframing how he felt at the time now that he knows things have worked out in his favor.

Others will chalk it up to typical fighter talk or athlete talk — someone saying the thing they’re supposed to say in that situation, whether they believe it or not.

But listening to the 35-year-old bantamweight break it down, it’s pretty clear that even despite his struggles in the moment, he never stopped believing he would find his way to this stage.

“I had separated myself from that fighter when I was losing,” began Anheliger, who changed gyms, aligning with Champion’s Creed, and didn’t take a fight for 23 months following that June 2014 setback. “I was so separated from them, so quickly after, because I knew it wasn’t me.

“I didn’t have to be married to that record or career because I can change it and it’s not me. If anything, it’s just annoying because I had to go through this process of changing it, but there was never a point of ‘Oh, I don’t think I can do this’ or ‘I’m not as good as I thought.’ I was only ever frustrated by the results, but the results aren’t always 100 percent in your control.

“You can train well, prepare well, you can be a better fighter, and you can still lose the fight, for whatever reason, and you can’t get too hung up on the results,” continued the Canadian veteran, who earned championship gold in two weight divisions for Rise FC and successfully defended his bantamweight strap with a third-round stoppage win over Brady Heistand prior to the Sikjitsu representative being selected for Season 29 of The Ultimate Fighter, where he advanced to the finals. “I know that sounds crazy now that I’m on this streak and it seems like all I can do is win, but the results are not 100 percent in your control, so you have to let it go.