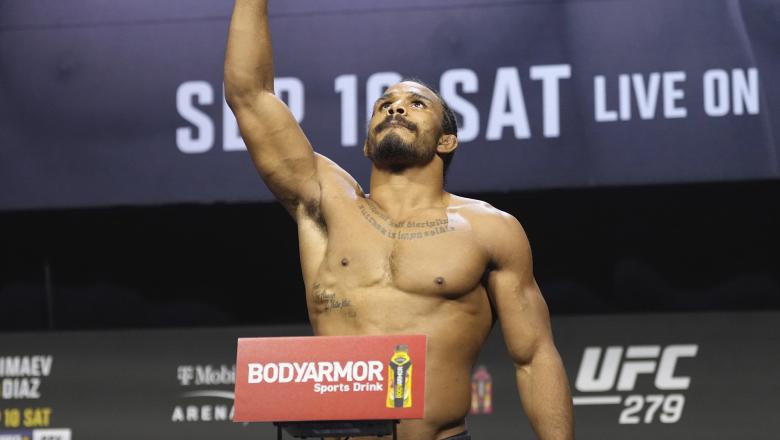 “I did almost get to France,” he laughs. “We’ll have to wait until next time, I guess.”

Welcome to the fight game, a place the Missouri welterweight is quite used to after 19 amateur and seven pro bouts, so when a September 3 fight in France against Cedric Doumbe turned into a September 10 fight in Las Vegas against Yohan Lainesse, the 28-year-old didn’t stress about it. In fact, he’s happy to be fighting on the same UFC 279 card as Nate Diaz.

Order UFC 279: Diaz vs Ferguson | Get Your Tickets Here

“It would have been great to go out there,” he said. “But, at the same time, I get to fight on a Nate Diaz card, so you can’t be upset about that fact at all.”

A fan of Stockton’s finest, I take it?

“I don’t know many fighters who aren’t,” said Weeks, who has a way to go to match Diaz’ longevity in the UFC, but two fights in, he’s showed he belongs, even if he lost on the scorecards to Bryan Barberena and Ian Machado Garry. As for fight number three, he’s not feeling pressure to win; he wants to win for himself.

“Those were two fights in a row, especially when you’re in the UFC, you want to win,” said Weeks. “That’s the number one thing that comes to your mind. But as far as saying, ‘I need to prove something,’ I can stand in there with the best of them, I bang with the best of them. This is just a win that I need for myself. I need to get the W because this is what I wanted. This is the dream that I stepped into. I said we’re gonna get to the UFC and we’re gonna dominate. My first two fights, we have yet to dominate. They were both competitive fights, but I think that was me just getting comfortable with the fact of being there.”

The first fight with Barberena came on just four days’ notice. The second against Garry had a lot of hype behind it because of the Irishman. No excuses, but he’s seen plenty in two fights, and that gives him quite an experience boost against Lainesse, who is also searching for his first UFC victory after a knockout loss to Gabe Green in April took him from the ranks of the unbeaten. On Saturday, Weeks wants to remind him how that last fight went.