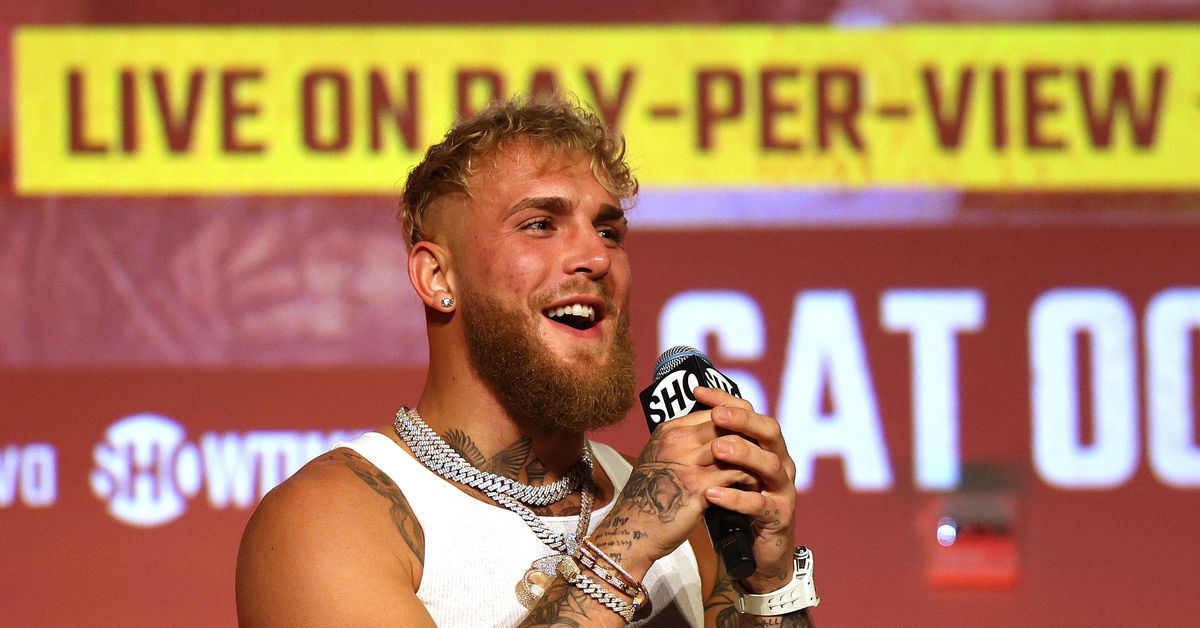 Jake Paul doesn’t have any animosity towards Anderson Silva as they prepare to clash in October but the same can’t be said when Dana White’s name gets invoked.

During a press conference where Silva and Paul came face-to-face for the first time, the 25-year-old social influencer turned boxer laid down a challenge to the UFC president to make a wager with him. The offer was presented after Paul responded to claims that he would never face someone as talented as Silva, who has found new life in boxing after retiring from mixed martial arts.

The origin behind that bet dates back to Paul’s matchup against Askren when White said publicly that he would bet $1 million on the retired UFC fighter to win their boxing match. Paul ended up knocking out Askren in devastating fashion but White later clarified that he never actually put down a wager on the fight.

The bad blood between them has only continued to simmer with Paul constantly taking jabs at White while the UFC president has openly stated he no longer wants to address the subject.

That didn’t stop Paul from mentioning White while spitting more vitriol in his direction than coming close to saying a bad word about Silva while they shared the stage together.

In fact, Paul promises that there will be no trash talk aimed at Silva because that’s a fighter he truly respects unlike some of his past opponents.

“It all has to do with my previous opponents all being d***heads,” Paul said. “Anderson Silva is the nicest guy in the world and we love him. If my opponent is a d***head, I’m going to treat him like a d***head and beat his f****** ass and I think people have seen that side of me.

Silva smiled at that last line as he answered back by adding “maybe not.”

As far as the larger MMA community that has engaged in a constant love-hate relationship with Paul ever since he crossed over into boxing, he doesn’t seem to care much about how anybody feels towards him.

“I don’t give a f***,” Paul said. “I played [UFC fans] like a fiddle. Got them watching, got them intrigued and now they’re in my hip pocket. I’m winning at my own game and they’re all part of a major plan.”

45-Year-Old Yoel Romero Faces Off With 46-Year-Old Melvin Manhoef Before Bellator 285 | #shorts
Pico To Bo: ‘There’s No Need To Rush’
Paulo Costa Sends Message To Khamzat Chimaev: I Stole Everything From You! | The MMA Hour
Lance Gibson Jr. ‘well-prepared mentally and physically’ for Bellator 286
Don Shainis Ready To Show Out