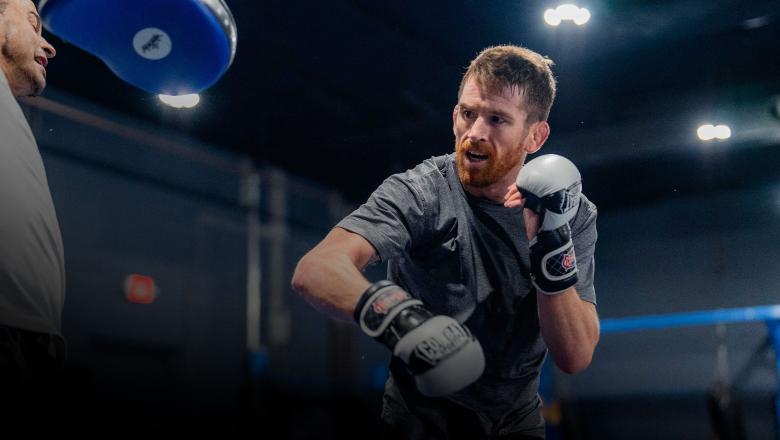 When you speak to Sandhagen about fighting, the words “beauty” and “creativity” are bound to come up more than a few times.

To Sandhagen, mixed martial arts is as much a vessel for self-discovery and expression as any other creative art. Often while he watches fights, Sandhagen usually shuffles them into the categories of: “beautiful, weird or ugly.”

He in particularly fond of music videos and the ways auditory and visual projects can play into one another. Although he usually enjoys old hip-hop videos, he finds himself returning to the music video for Harry Styles’ “Adore You.” He also laughs about going through his “nerdy” era a little late in life, diving deep into different mythologies like Greek, Norse and Celtic tales. Sandhagen is currently on his own journey through Middle Earth, reading the J. R. R. Tolkien book The Silmarillion and watching Rings of Power.

As he started finding more success, particularly after knocking out Moraes and Edgar, he had to come to terms with the fact that MMA is also entertainment for perhaps a larger group of people.

“It kind of bothered me, at first,” Sandhagen said. “There’s this level of when things become like a spectacle, and it sometimes takes away from the sacredness of things, and fighting is a super sacred thing to me. It always has been. It’s been like my passion, but like a deep, deep passion. This has been like my life’s journey. When those things start to turn into spectacles, it does feel like a little like you’re getting a little bit robbed of your sacredness, but you kind of just come around to that. You kind of just realize that like everyone is just living on a different set of values.”

Ultimately, Sandhagen is fascinated with creative processes perhaps more than what is being created, and when it comes to the practice of his own artistry, that requires a collaborative environment during training.