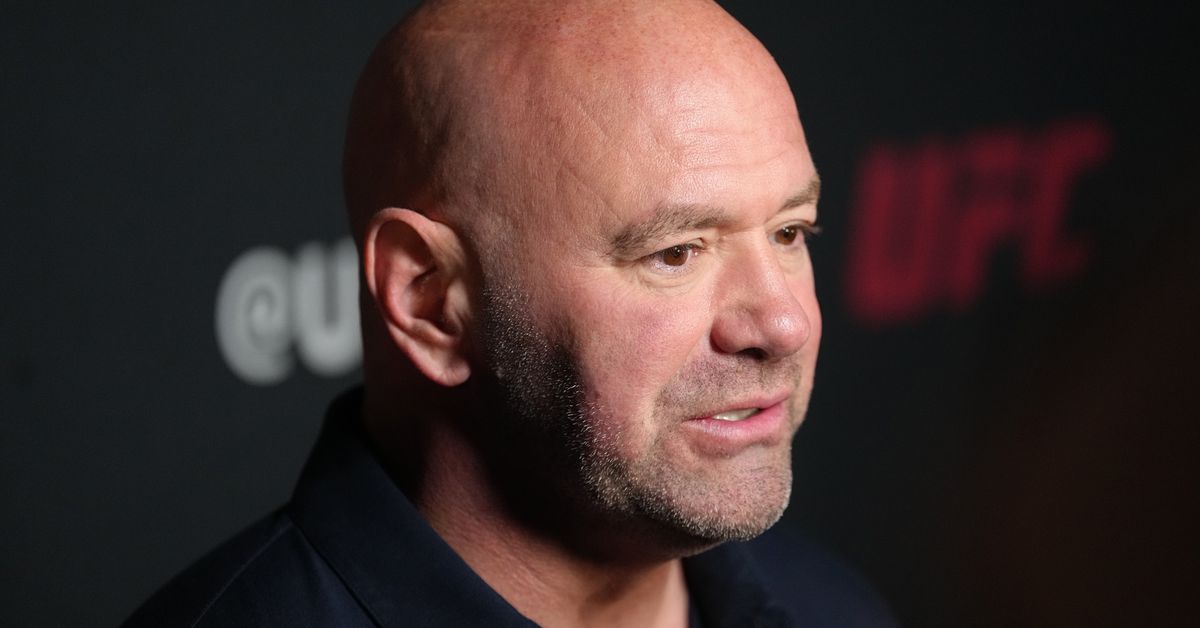 It was apparently a case of mistaken identity at Tuesday’s DWCS press conference after UFC President Dana White ranted about a UFC 279 conspiracy theory.

White attributed the theory, which accused the UFC of orchestrating the last-second headliner shuffle, to former UFC welterweight champ Pat Miletich. He admitted he hadn’t checked his sources, but nonetheless blasted the theory’s author.

“I heard this thing today, and I don’t know how true it is — Pat Miletich was saying we told Khamzat [Chimaev] not to make weight because we weren’t selling tickets. The f****** show was sold out going into that day of the weigh-ins.

“I don’t know if Pat really said that, but if he did, he has to be the dumbest motherf***** on the planet. I mean, you know how f****** stupid you have to be to even think something like that, let alone say it publicly and act like you’re f****** serious. We’re regulated by the athletic commission, and if you think we told Khamzat Chimaev to not make weight, then Khamzat shows up and the fans are all pissed off at him and stuff, and he’s going to just…if you know anything about the sport, this is a guy that was actually in the sport, training and fighting and everything else. If Pat really said that, holy s***, we might have to send him to the out f****** clinic, the brain clinic, to get him checked out.”

When informed by a reporter that the theory matched one from former UFC heavyweight turned podcaster Brendan Schaub, White apologized — and got off a parting shot on Schaub.

“I apologize to Pat Miletich, then. That make sense.”

With a big smile, White exited stage right. The UFC exec and Schaub have traded barbs over the years, with Schaub blasting White’s decisions and White blasting Schaub’s opinions about them.

As of late, White has mostly refrained from openly insulting Schaub, who transitioned from the cage to podcasting and standup comedy and regularly used his platform to critique the UFC and its figurehead. But this time, he couldn’t resist.

Chimaev attributed his weight miss to a doctor’s decision to disallow him from continuing his weight cut for this past Saturday’s pay-per-view when he began suffering ill effects from losing weight. According to White, the welterweight star was “lighter than he was his last fight” when he landed in Las Vegas for the event, but his body “locked up” during the weight cut; Chimaev’s coach said he was vomiting and cramping as the weight cut continued and attributed his struggle to long-lasting complications from a serious bout with COVID-19.

When Chimaev weighed in at 7.5 pounds, he shrugged and threw up his hands, drawing criticism from MMA observers for his lack of remorse. The UFC, which was reportedly notified of the impending weight miss on the morning of the official weigh-ins this past Friday, subsequently shuffled the top three fights of UFC 279, pairing Chimaev with Kevin Holland and Nate Diaz, Chimaev’s original opponent, with Tony Ferguson.

The last-second shift was universally praised by MMA fans and media, but White said it was nothing but a headache. Chimaev was not penalized for his weight miss by the promotion or the Nevada Athletic Commission, which oversaw the event, because Holland had weighed in at 180 pounds for a scheduled fight with Daniel Rodriguez.

Schaub, however, said the turn of events was the result of a negative outlook for the UFC 279 pay-per-view, the result, he said on his podcast, of the scheduled fight between Diaz and Chimaev. The bout was largely seen by MMA observers as a huge mismatch.

Schaub indicated the plan was put in motion at the UFC 279 press conference, which was cancelled after a melee between Chimaev, Holland and Diaz. Schaub cited his experience at UFC events and said when he was at UFC press conferences, most of the fighters and camps were on their phones and very capable of filming any potential incident. He indicated something was askew, however, when no footage immediately leaked. When footage eventually was released, on the day of the event, he said it fell well short of the “chaos” described by White.

“I just think it wasn’t trending well, they had this kind of as a plan B,” Schaub said.

The Nevada Athletic Commission is currently investigating the melee at UFC 279 press conference and has threatened fines and suspensions for those who participated. The commission was not present at the press conference but did oversee the official weigh-ins, where fighters are medically examined by commission-appointed doctors to ensure they are cutting weight safely. Additionally, the UFC regularly contracts with many of the same doctors to monitor athletes if any weight-cutting issues arise on fight week. The promotion has cancelled several fights when fighters have not been cleared to cut any more weight.