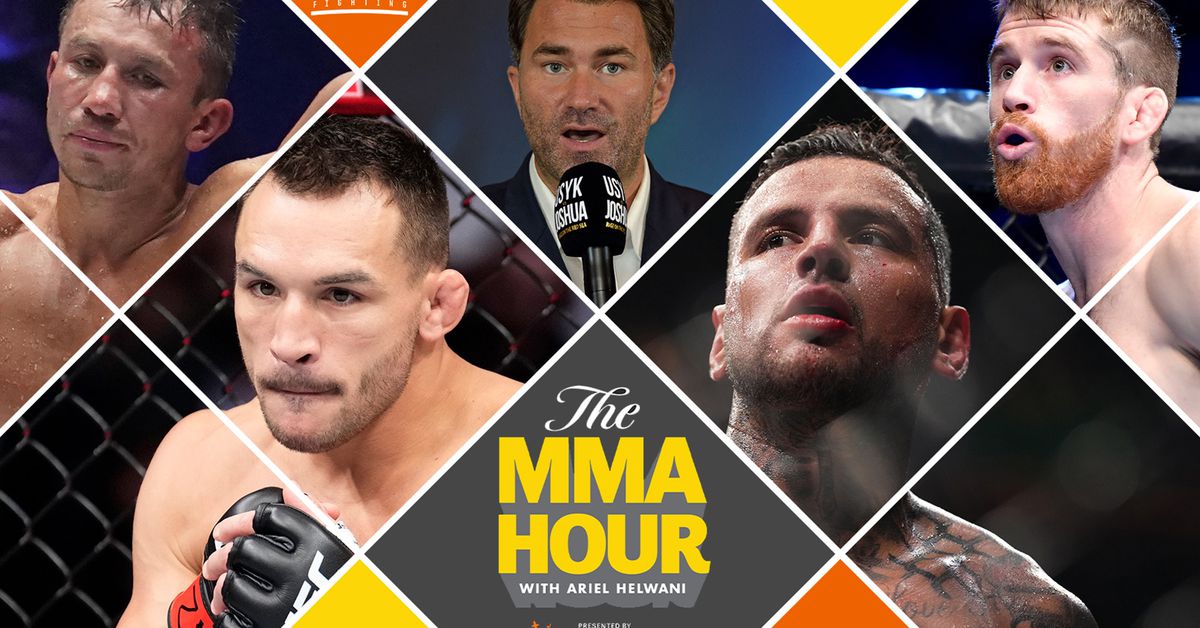 1 p.m. ET: Intro and straight into your questions with the latest edition of On The Nose.

2 p.m.: Michael Chandler joins the show to talk about his UFC 281 showdown with Dustin Poirier.

3 p.m.: Daniel Rodriguez gives his side of the crazy UFC 279 fight week and his win over Li Jingliang.

4 p.m.: Matchroom exec Eddie Hearn talks about the trilogy between Canelo Alvarez and Gennadiy Golovkin and other fights on the horizon for Matchroom.

4:30 p.m.: Gennadiy Golovkin joins the show to preview his third meeting with Alvarez.

For the latest episodes of The MMA Hour, subscribe on Spotify or iTunes.

UFC Raises More Than $68,000 For The UFC Foundation During UFC 279: Diaz vs Ferguson
UFC fall storylines: Can Charles Oliveira keep the streak going? Will we see Jon Jones again?
Own A Piece of Nate Diaz’s UFC Legacy… And There’s A Surprise
Ukrainian UFC fighter to be featured in Playboy
Best bets and expert picks for UFC Fight Night and Bellator 286