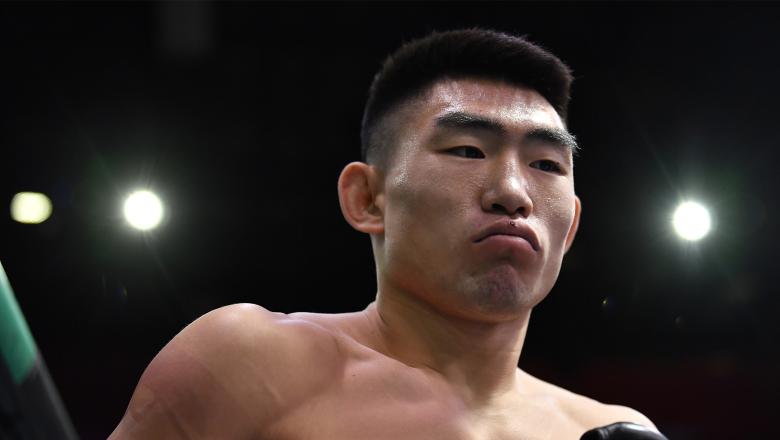 And while he’s aware of everything going on around him in the division, Song’s attention has been focused on Sandhagen, whom he has a great deal of respect for as an opponent, and as a fighter.

“Of course, I pay attention to what is happening in the division because they are potential opponents for me,” he began. “But for this fight, I won’t shift my focus to those other things until after I’m done focusing on my fight.

“What I like about Cory is that he has a very mature style — he uses feints to get his opponent confused, controls with his distance,” he said of his American counterpart, who carries a 14-4 record into their meeting this weekend in Las Vegas. “He’s a very mature and experienced fighter, and that makes him dangerous.”

But despite the obvious threats that Sandhagen presents, Song isn’t approaching Saturday’s finale with a specific game plan in mind; opting instead to let his instincts guide him, just as they did last time against Moraes, and hopefully it will lead to the same result.

“I don’t have any specific plans for the fight, but I believe that my instincts with my power and speed will tell me what to do at the time,” Song explained. “Last fight, my coach told me ‘Defense’ in the first round, but I don’t know what happened — I just went and got the knockout.

“Winning this fight is very important and would be one of the highlights of my career,” he added. “I would like to knock him out.”

If that should come to pass, nothing will change — one goal will have been accomplished, and another will present itself, with the mindset remaining, as always, “Why not me?”