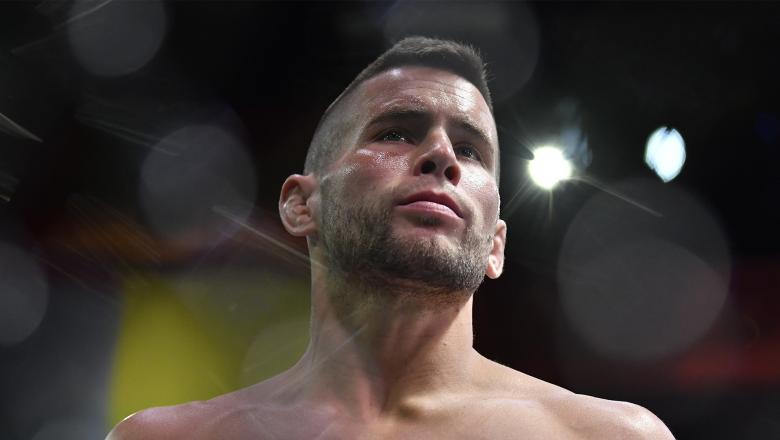 That attitude has led him to a 17-3 record that includes a perfect 4-0 UFC slate. That’s not easy to pull off in the featherweight division, but as he rose up the ranks of the regional scene, he prepared himself for what was to come – not by looking too far ahead, but by taking care of the business right in front of him.

“I’ve always taken it one step at a time and never looked too far into the future, and I feel like that’s something that helped me a lot,” Sabatini said. “Taking one thing at a time, focusing only on the task at hand.”

Ultimately, he got the call – a short notice one – to replace Mike Trizano against Rafael Alves in February of 2021. He accepted the fight, and on a week’s notice, hit his mark at 145.5 pounds. Alves came in 11.5 pounds over – a UFC record – for the featherweight bout. There would be no UFC debut for Sabatini.

“It was a trial by fire,” he said. “You gotta cut all this weight, do all this media stuff, and the fight didn’t happen because my opponent missed weight. But that week right there, I got to see that this is what dealing with the media’s like while cutting weight, I gotta deal with this and that, and let me tell you, that’s a week I will never forget for the rest of my life. And I felt like that helped me prepare moving forward as far as just the process goes.”

So what was dinner like that night after he found out he wasn’t fighting?