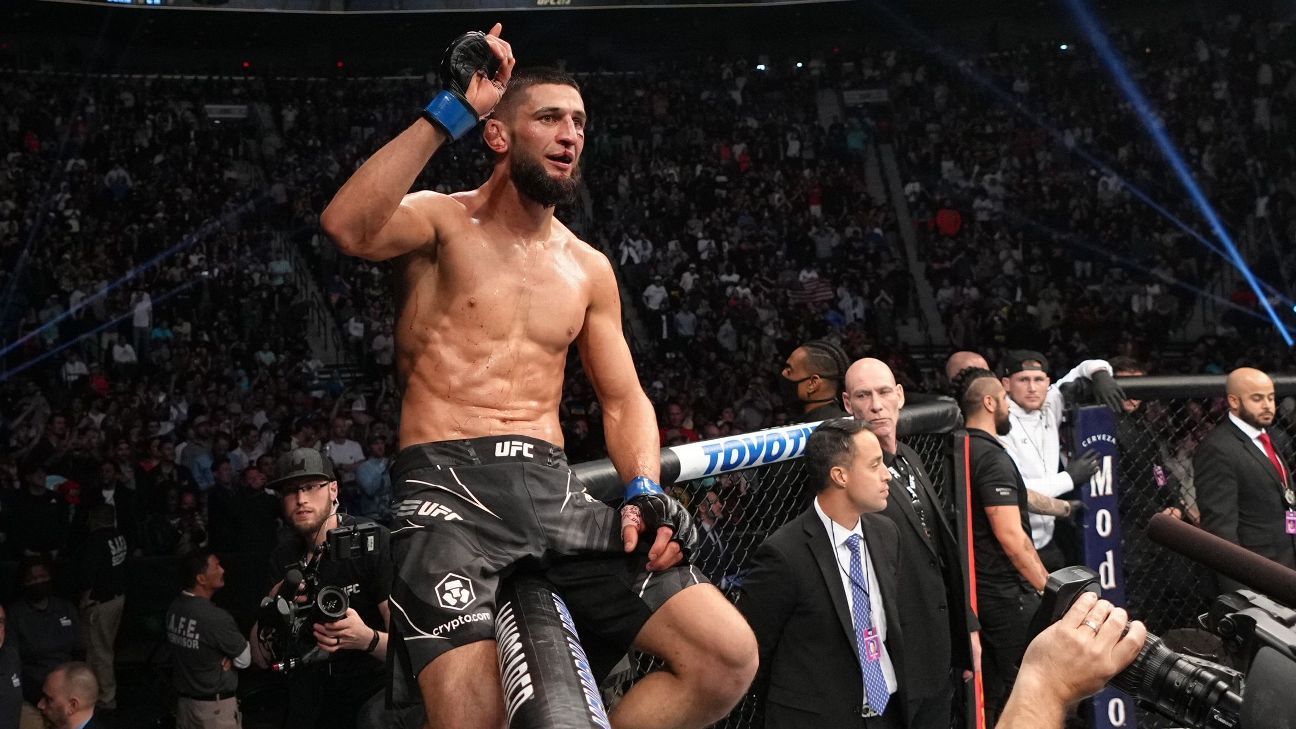 Khamzat Chimaev‘s head coach, Andreas Michael, said it was his decision to stop the undefeated fighter’s weight cut last week due to health concerns, but he still expects Chimaev to compete at welterweight.

Chimaev (12-0) missed weight for a five-round welterweight main event against Nate Diaz (21-13) last week at UFC 279 in Las Vegas. He weighed in at 178.5 pounds, or 7.5 pounds over the contractual limit. According to Michael, Chimaev offered Diaz his entire fight purse to still take the fight, but Diaz refused and ultimately faced Tony Ferguson instead.

In an interview with ESPN, Michael said it was a difficult situation because Chimaev started camp less than two months ago weighing more than 200 pounds. He’s confident that with enough time, Chimaev can make 170 pounds.

“He’s a big boy, and he needs a little time [if he’s going to] fight at 170 [pounds,]” Michael told ESPN. “But he can make weight, of course. He just needs a little more time. We’re going to go up and down. We’re going middleweight, welterweight, get ranked in both divisions and then we take both belts.”

Michael, who has coached Chimaev his entire career out of Allstars Training Center in Stockholm, predicted Chimaev’s next fight would be at middleweight before the end of the year.

Although he acknowledged the extenuating circumstances, Michael said the camp accepts responsibility for missing weight. The team wanted to fight Diaz badly, as they saw it as a “legacy fight.”

Michael said that moving forward, he believes the UFC will give Chimaev enough time to properly make the welterweight limit, adding that Chimaev also needs to keep his weight more manageable between fights.

“If we don’t man up and [take responsibility], we show bad character,” Michael said. “We have to have respect for the sport and the people that have signed the contract and put their body under the strain to make weight. All respect to Nate and his camp. He’s a warrior.”

Chimaev, 28, stayed on the UFC 279 card and picked up a first-round submission over Kevin Holland in the co-main event. After the win, Chimaev claimed a physician stopped him from further cutting weight, but Michael said he made the call on the early morning of the weigh-in, after Chimaev started experiencing cramps and vomiting near the tail end of the cut.

Michael said it was the first time in his career he’s had a fighter missing weight and that he did “everything in my power” to keep the fight together, but he had no choice but to stop the cut due to health concerns.