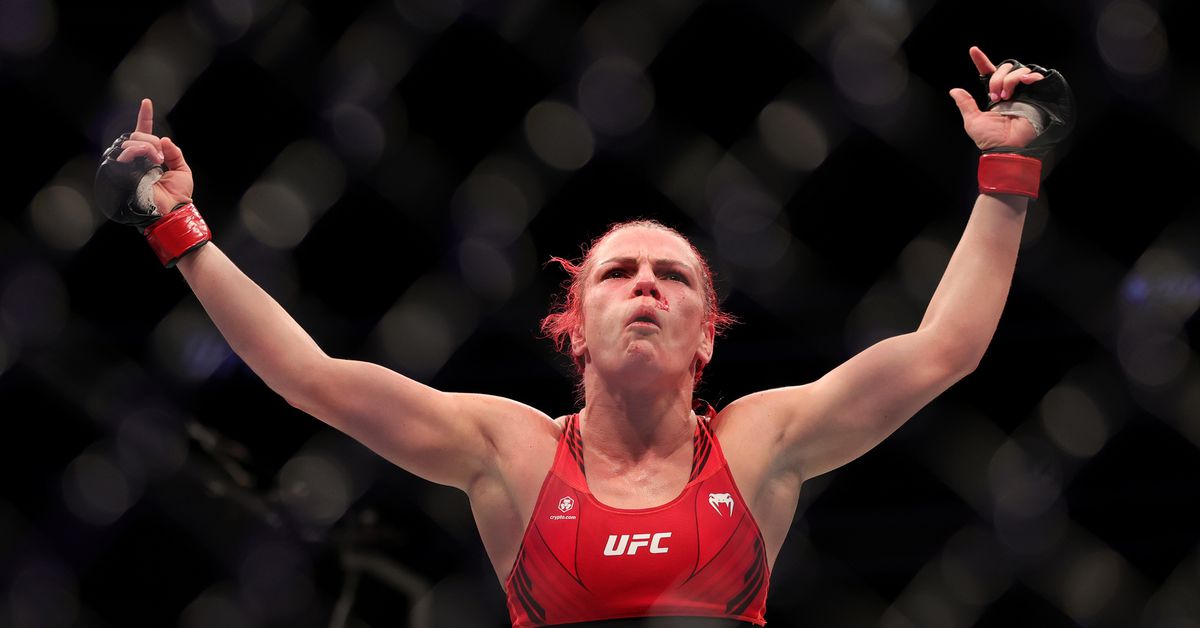 Gillian Robertson had to walk through fire, but she found the finish in emphatic fashion against Mariya Agapova at UFC Vegas 60.

Robertson and Agapova faced off in a prelim bout this Saturday in Las Vegas, and early on, it was Agapova getting the better of the action. Robertson repeatedly shot in, looking to score takedowns where she could put her superior grappling on display and she paid dearly for it every time, eating punches and elbows from Agapova that at times caused Robertson to cover up and defend herself. Robertson did succeed in scoring takedowns, but she was unable to do any damage with them, and pretty clearly lost the first round as a result.

That didn’t matter though, as this one wasn’t going to the scorecards.

In the second round, Robertson wasted no time scoring a takedown, and this time she put it on Agapova, moving to the mount and then the back, where she snuck her arm under the chin. Agapova tried to fight through it but she had no chance, and referee Mark Smith jumped in to save her once Agapova went to sleep.

Watch replay of the finish above.

The win is Robertson’s eighth inside the UFC and sixth submission, moving her overall record to 11-7. With the loss, Agapova drops to 10-4 overall, with a 2-3 record in the UFC.