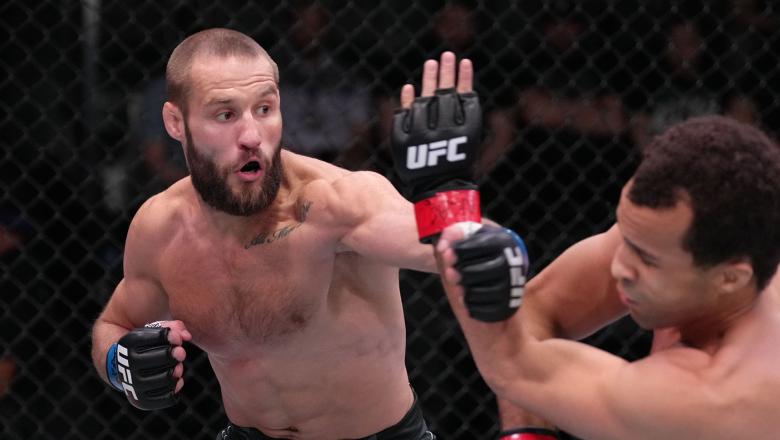 It is, and when Ogden says he’s on the mat all day, he’s not exaggerating thanks to three 90-minute classes a day along with his own fight training.

“The martial arts marathon is no joke,” he laughs. “It is the real deal. I am on the mat six to eight hours a day, every day. It’s unrelenting. I study when I’m home, and Monday through Saturday, this is what I do. On Sunday, I lay down.”

Knowing him, probably for an hour, when he dreams of drills and techniques. Then it’s back to work on Monday, and the last several weeks, the task has been to erase the memory of a split decision loss to Jordan Leavitt in his short notice UFC debut in April, and get his hand raised in the biggest promotion in the sport. But he doesn’t just want a win on Saturday – his first goal as a UFC fighter is to finish his opponent.

“Goal one, finish an opponent in the UFC,” Ogden said. “This is my second fight; I took my first one on real short notice and had a split decision loss which doesn’t sit well with me at all. I just want to represent myself and my team and my art and my journey to the best of my ability every time I go out and be at peace with what comes with that. And obviously I’m financially motivated at this point. I’m in my 30s and this is how I make my money, so I would like to take advantage of this opportunity with the UFC to get some money to invest before I’m done with it.”

All reachable goals, for sure. And while hitting all his marks would be nice, fighting hard to get there is just as important, especially for those eyes at his gym watching his every move. For most, that would be a lot of pressure; for Ogden, he takes it as an honor.

“I think that somebody has to hold the standard and represent it and embody it for other people to look to it and get that rubbed off on them, so that they have an example of what it looks like when it’s taken the most serious and taken to its highest level,” he said. “And I do seek to hold that standard. I do try to hold myself accountable and try to lead from the front, but it doesn’t add any pressure to me. It actually gives me strength.”