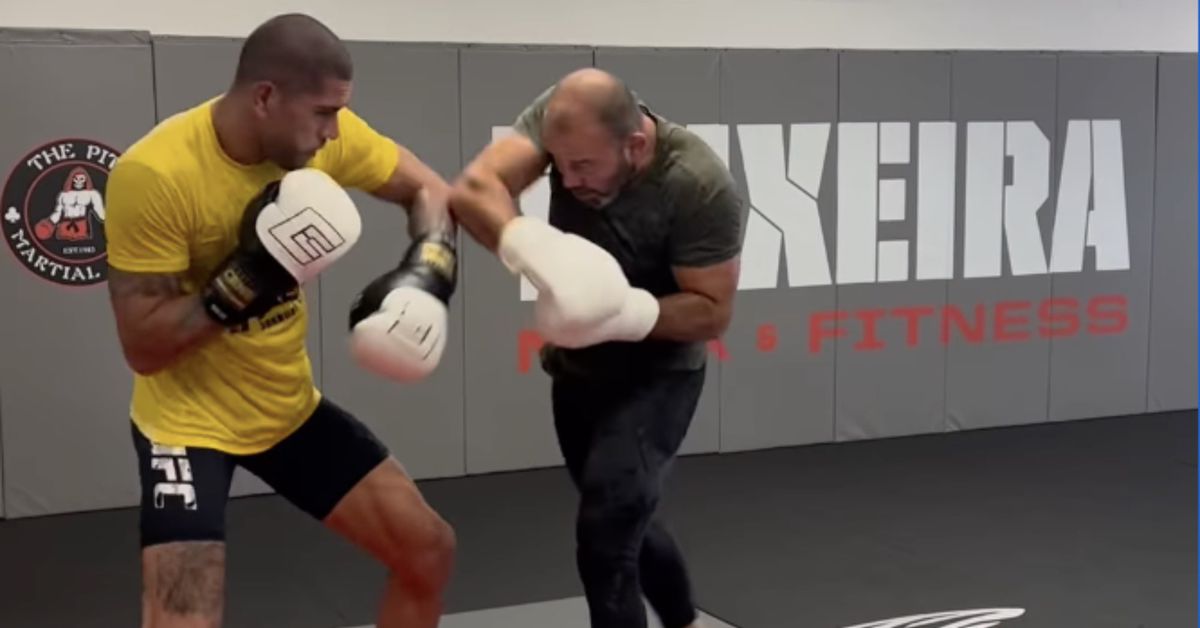 Fighters often talk about the wild sparring sessions in the gym that help prepare them for wars in the cage. That’s exactly what Alex Pereira appears to be doing as he gets ready to clash with Israel Adesanya in the main event of UFC 281.

As he anxiously awaits his chance to become UFC middleweight champion, Pereira is deep in training camp, working alongside Glover Teixeira at the former light heavyweight king’s gym in Connecticut.

In a new video posted to Instagram, Pereira and Teixeira engage in an intense back-and-forth exchange with the fighters landing punch after punch until the session finally ends.

The exchanges show both fighters landing strikes, never backing down an inch as the Brazilians look to bring the best out of each other in the sparring round. When time is finally called, Pereira and Teixeira take a step back and tap gloves as teammates after what can only be described as an intense battle in training.

Of course, Teixeira has long championed Pereira as a future UFC champion after they first started working together as the former GLORY kickboxing champion sought to make a full-time transition to MMA.

Since signing with the UFC, Pereira has been perfect with a 3-0 record and two knockouts including a stunning finish over Sean Strickland in less than three minutes at UFC 276, which then helped him earn the title shot against Adesanya on November 12 at Madison Square Garden in New York City.

Pereira already holds two wins over Adesanya in kickboxing, and now he’ll look to add a third victory to his resume in his first bid to become UFC champion.