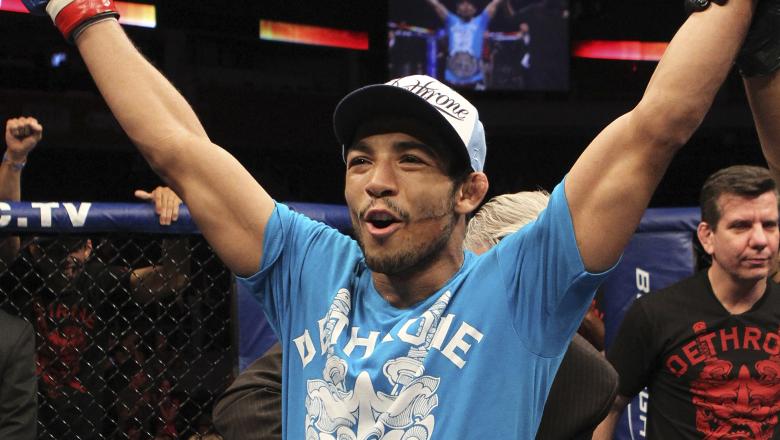 Perhaps the biggest featherweight fight ever at that time, Aldo vs. Faber captivated fight fans around the world, yet like his countryman Anderson Silva had to do in his rematch against Rich Franklin, Aldo had to travel to Faber’s hometown of Sacramento to announce his true arrival on the world stage. This time though, he didn’t win with a spectacular knockout. Instead, he punished Faber for 25 minutes, banging up his legs with vicious kicks that rendered “The California Kid” nearly helpless. In the aftermath of the shutout five round win for Aldo, much of the attention focused on Faber’s gritty effort in defeat, but what should have also earned equal, if not more, billing was Aldo’s disciplined and dominant performance, one that made it clear that at 145 pounds, there was Jose Aldo and everyone else.

Jon Jones is the fight Francis Ngannou wants
Luke Rockhold On ‘Mafia’ UFC: ‘When You Lose Your Leverage, These People Try to Step On You’
Floyd Mayweather vs. Conor McGregor 2 in the works
ATT Happy Valley On The Cusp Of Supergym Status | UFC Fight Pass
Watch: Aleksander Emelianenko Suffers 13-Second Knockout Loss