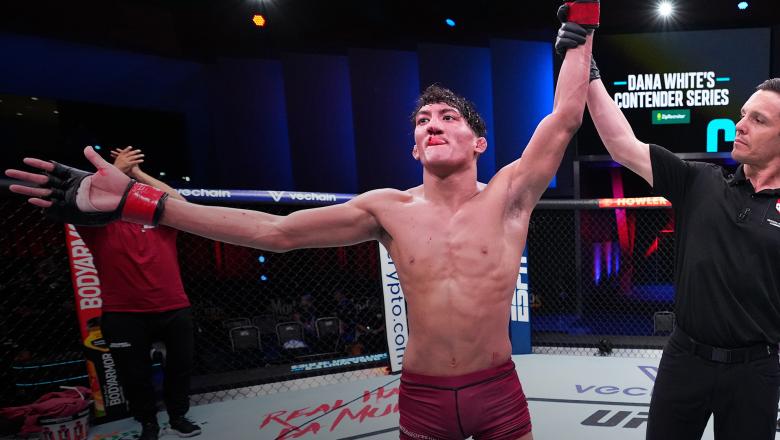 After a tactical opening, a wild takedown attempt by Filho (14-2) was defended well by Echeverria, but a second attempt saw the Brazilian take his opponent’s back and nearly get a rear naked choke. Echeverria got loose, reversed position and made it back to his feet, landing kicks to the legs of the grounded Filho until the end of the round.

A right from Echeverria (7-1) floored Filho early in round two, though it only landed on the shoulder, but by the second minute, the Brazilian put the fight on the mat. Echeverria looked for a leg lock, and Filho returned the favor, as the two continued to battle. Another extended period of Echeverria kicking a downed Filho’s legs led to a restart from referee Mark Smith, and Filho got more aggressive, nailing his foe with a right hand in the closing minute.