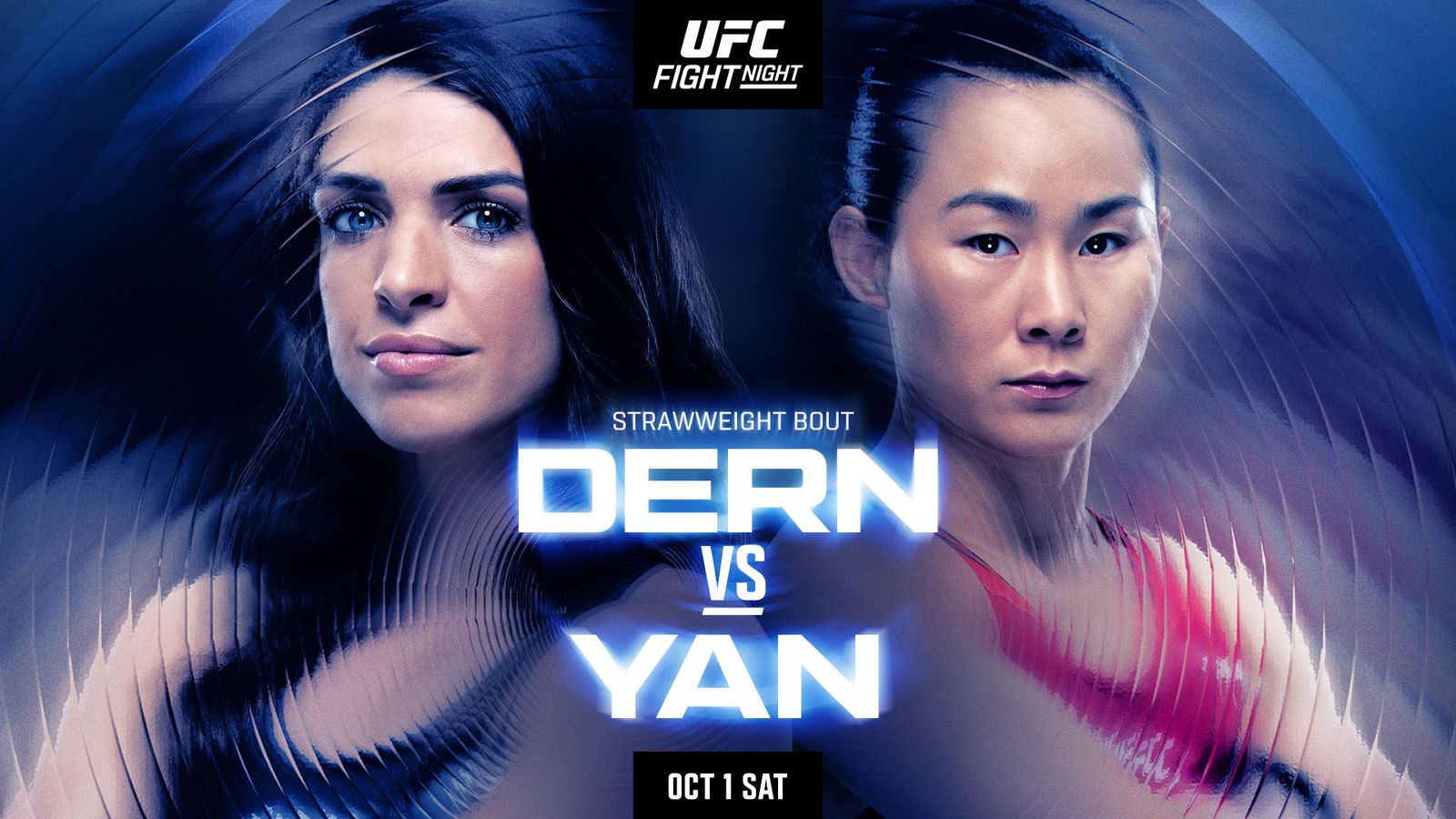 There’s no UFC event this weekend, but that doesn’t mean the fight world is holding its collective breathe for UFC Vegas 61 next Saturday (Oct. 1, 2022). Headlined by a Strawweight contest between Mackenzie Dern and Xiaonan Yan, there are definitely some quality fights mixed throughout the card, but it’s not a terribly high-profile event.

UFC’s latest promotional poster did not inspire a renewed surge of interest. Well, they rarely do — check out our endless archive of previous posters, and you’ll quickly understand that they’re mostly pretty similar. Still, every so often, UFC underwhelms so thoroughly that fight fans release their displeasure in a Twitter torrent of hate.

UFC Vegas 61’s poster was called the “worst poster of the year” at least once in response to the featured Tweet above, and several fight fans labeled the artwork “garbage.” In addition, many fans joked about the strange cylindrical ripple effect.

This is not the first time UFC has received public outcry over its poster. In fact, they released a hilarious video in 2019 of their graphic design team reading mean comments. It seems, however, that no lesson has yet been learned.

I don’t care how old they get, I would always be willing to watch Fedor Emelianenko vs. Anderson Silva.

Scott Coker just told us that he called Anderson Silva’s rep a couple months ago and offered a fight against Fedor Emelianenko.

No real talks then but now that Silva said he wants one more MMA fight in Japan he is going to reach back out.

I like Daniel Rodriguez, but it’s hard not to visualize him falling into the classic Neil Magny clinch trap.

Anthony Hernandez damn near slammed someone through the floor last weekend. For those wondering about the legality of this takedown, referees only look for complete control and a direct spike into the head. Basically, don’t Tombstone Piledriver someone, and it’s legal!

Mike Perry having a blast getting his team mates buzzed before sparring.

A nice grainy recording of Jose Aldo trying to destroy a man with soccer kicks.

Check out a more full set of ADCC 2022 highlights HERE!

John Dodson has been throwing heat over in the bare knuckle ring.

Midnight Music: My buddy recommended me the debut LP God’s Country by Chat Pile, so I checked that out earlier today. It’s a pretty gnarly sludge metal and noise record that released back in July to critical acclaim, so if that sounds like your alley, give it a listen!