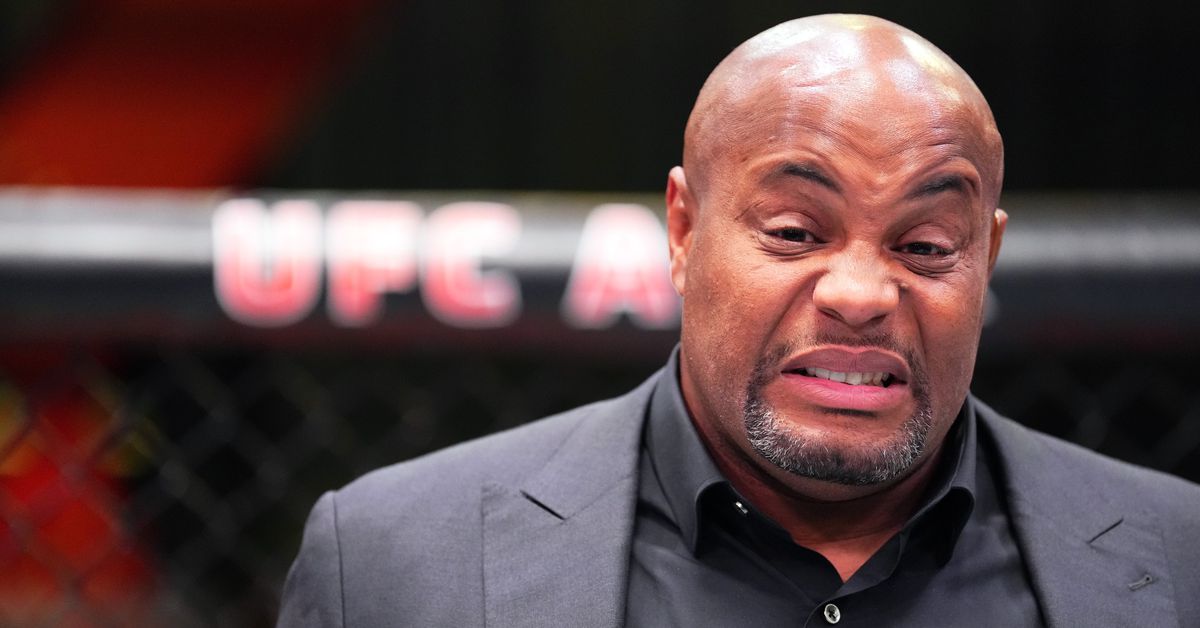 It seems like every time the former UFC champ-champ opens his mouth, he offends somebody. Whether it’s during his on-air commentary for UFC pay-per-views and Fight Nights, or on his DC & RC show on ESPN+, fighters just can’t seem to handle the heat Cormier is serving up.

The latest person to get butthurt by Cormier’s sports analysis is Nate Diaz. Now, let’s be clear: everyone agrees it was a golden horseshoe moment for Nate when Khamzat Chimaev botched his UFC 279 weight cut and was forced out of their fight. But only Daniel Cormier was bodied by the Stockton fighter for saying it.

“For Nate Diaz it was perfect!” Cormier said on the DC & RC Show. “Can you imagine Nate Diaz fighting Khamzat Chimaev? Could you imagine if that happened?”

“Nate Diaz not fighting Khamzat was a gift from God. Like, that is literally best case scenario for him … I will sit here and say this without a shadow of a doubt, he was going to lose to Khamzat Chimaev, and he was going to lose badly. As much as Nate dismisses the guy, he just doesn’t have the skillset to stop the guy from doing what he does.”

“Respect your OG, you fat motherf—er,” Diaz wrote on Twitter.

Cormier kept it simple in his reply, writing “Nathan, relax.”

For those keeping track, Cormier is now involved in ongoing back and forths with both halves of the UFC 279 main event. Tony Ferguson also didn’t appreciate being called ‘done’ by Cormier after a lukewarm performance that let Diaz off the hook.

But hey, when you’re making headlines like Cormier is and getting everyone mad at you, you’re doing good. Who needs to drag Stephen A. Smith to a UFC event when we have our own lightning rod of controversy and sass, one Mister Daniel Ryan Cormier?