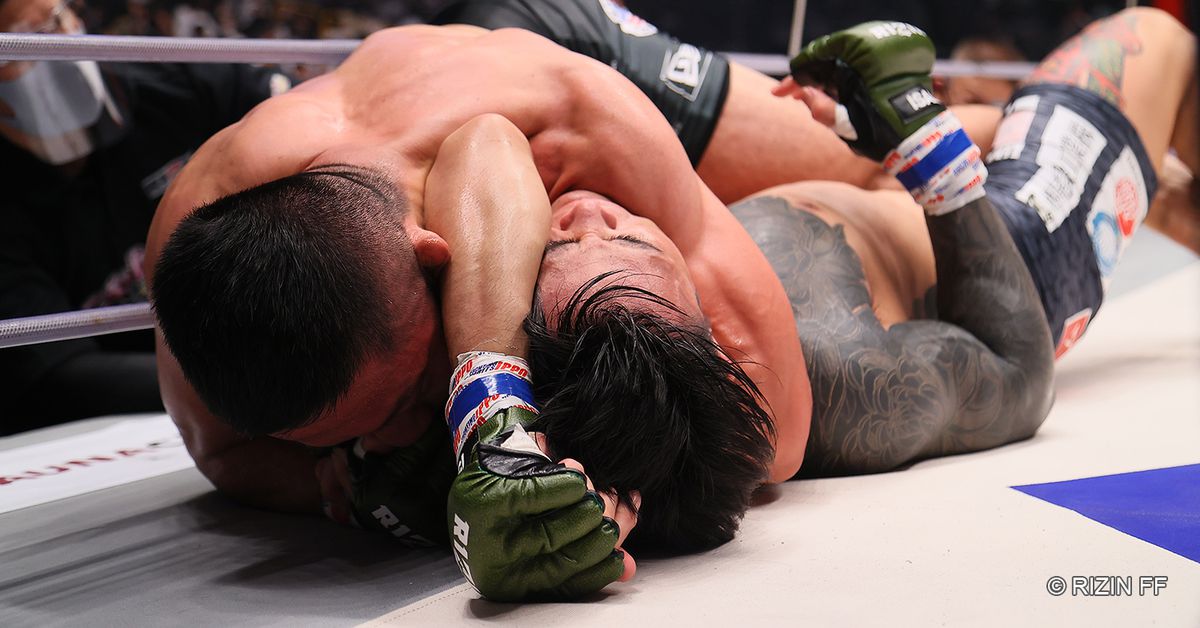 Former RIZIN and Bellator bantamweight champion Kyoji Horiguchi returned to Japan with a bang on Sunday, putting out “Kintaro” Yuto Hokamura in the main event of RIZIN 38 at the iconic Saitama Super Arena in Saitama, Japan.

Horiguchi hadn’t fought in his native country since a first-round knockout to beat Kai Asakura and regain the 135-pound championship, going to Bellator for the next two years to go winless in two bouts. He had to overcome a few scares in the fight against “Kintaro”, a left hand that dropped him midway through round one, but eventually got the mount and finished with an arm-triangle choke in the second stanza.

RIZIN 38 also defined who will be in the company’s atomweight grand prix finals, with Seika Izawa and Si Woo Park winning their semifinal bouts versus Anastasiya Svetkivska and Ayaka Hamasaki, respectively. Izawa got the job done with an armbar with seconds left in the second round (watch below), while Svetkivska advanced with a decision.