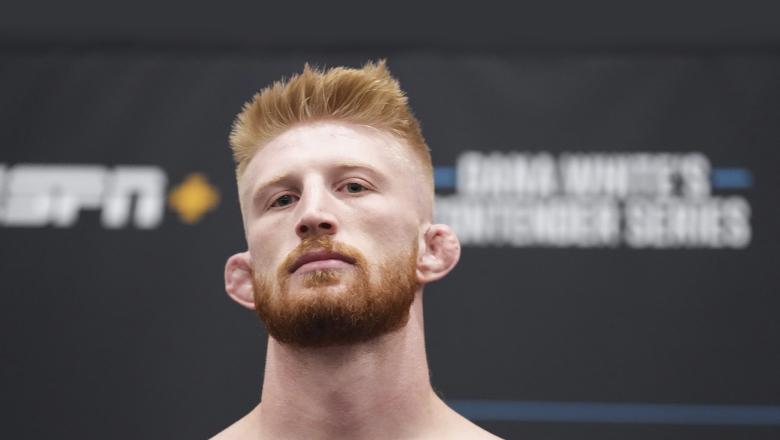 Could you break the takedown record in a fight (21)?

Could you fight twice in one night?

“Oh yeah. I would love that. That would be so fun. Obviously never going to happen but I’d love to be double booked. Triple book me even – three fights in one night would be ideal. I’m used to getting three or four matches in a day. Line ‘em up and I’ll just run through them.”

Yeah. That would be easy. There’s nobody, even the heavyweights. They’re not going to be able to handle what I have. My toughest competition in a wrestling sense is going to be my teammates when they start winning some fights and get into the UFC themselves. Those are going to be the only ones comparable to what I’m doing.

Could you weigh in one hour in advance of a fight and defeat a fighter weighing in 24 hours in advance?

I, for, sure could win that. I have a great team with me in The Treigning Lab with Sam Calavitta. I’ve been working with him a long time. We have a real professional approach to the weight cut to the rehydration and just everything we do. It’s very scientific and systematic. That wouldn’t be an issue at all. At the end of the day, these guys don’t even know how to cut weight anyways. They have no idea what they’re doing, so I don’t really think that would be that much of an advantage for them at all.”

It’s clear that confidence is no issue, but if we were to see even one of these feats come to fruition, we may be looking at one of the most impressive fighters in the middleweight division.

For all the greatest action in combat sports, sign up TODAY for UFC FIGHT PASS!