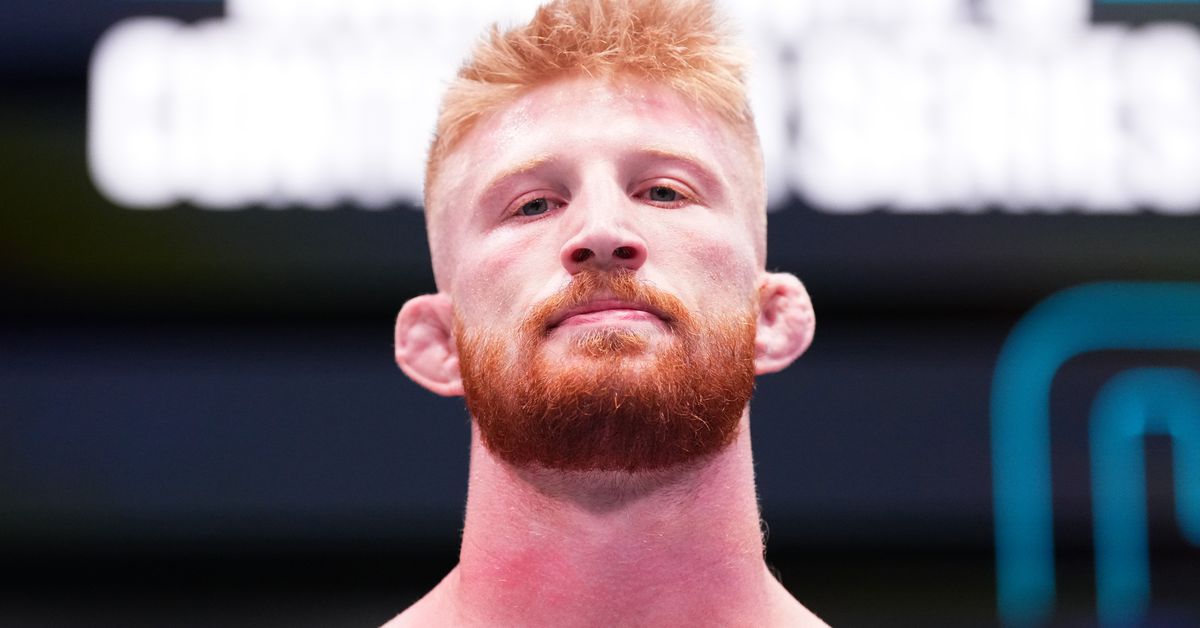 Long before Bo Nickal burst onto the mixed martial arts (MMA) scene as the next big prospect in the sport, Aaron Pico had that distinction. Like Nickal, Pico came into the sport with an outstanding wrestling pedigree, but he also had Golden Gloves champion on his resume, leading many to believe he had the potential to become a star in the sport.

But things didn’t pan out exactly how Pico would’ve hoped in the first fight of his pro MMA career, losing to Zach Freeman in his debut at Bellator 180 back in 2017. Pico eventually bounced back to win four straight before suffering back-to-back losses to Henry Corrales and Adam Borics.

“When I first came in and got my career started, I knew I had my work cut out for me,” Pico told MMA Fighting’s The Fighter vs. The Writer. “The organization wanted me to be champion, and hindsight’s 20-20, I was rushed a little bit, but it’s very, very difficult.

“This sport is grueling on the body, mentally, and especially me being a perfectionist, I am so hard on myself. It keeps me up at night, and some mornings, I’m up early studying, trying to be a better fighter. By no means do I think I’ve arrived yet. It’s a very difficult sport, especially when you want to be great.”

That’s why Pico says if he has one piece of advice for Nickal is to take things slowly and don’t rush his career.

“It’s just a different speed in there, especially with high-level fighters. The speed and the timing is a lot different. There’s no need to rush. Will you be a champion? The chances of him being a champion are very high, but there’s no need to rush. When that time comes, it’s going to come fast, and just make sure that you’re ready, because the competition it’s nice and it feels good when you beat these guys. But at the highest level, the speed and the reaction time is on a different level.” he added.

“You just need to adjust your eyes, get comfortable in the cage. You need to feel the crowd, the lights. One thing I always say is even the stuff that goes on before the fights — the media, where you stay at in the hotel, going through rehearsals — as much time as you can get, until you get the call to go to the big show, you should absorb it as much as you possibly can and not rush it.”

Nickal once again made quick work of the opposition during last night’s Contender Series, walking right through Donavan Beard like a hot knife through butter before forcing him to tap in under a minute (see it here), earning him a UFC contract.

But it seems Nickal isn’t about the slow process because he immediately called for a fight against Khamzat Chimaev, much to the chagrin of Dana White, who quickly shot that idea down.

“Let’s not get crazy here,” White said at the Contender Series press conference. “You don’t test him against ranked talent. You bring him in just like you would bring in any prospect. You build him up, give him fights. The problem is, there’s no easy fights here. This isn’t like the boxing model.”

Nickal won’t be getting Chimaev next (or even next year) because UFC intends to bring him up slowly, as the promotion should. But one thing is certain, Nickal is here and he has all the makings of the sport’s next big thing.

Pico, meanwhile, has been on a tear and bounced right back after the aforementioned back-to-back losses in 2019 to win six straight fights in an impressive and dominant fashion. He will look to possibly lock down a shot at the Bellator Featherweight title if he can take out Jeremy Kennedy this Saturday night (Oct. 1, 2022) at Bellator 286.

To check out the latest Bellator MMA-related news and notes be sure to hit up our comprehensive news archive right here.