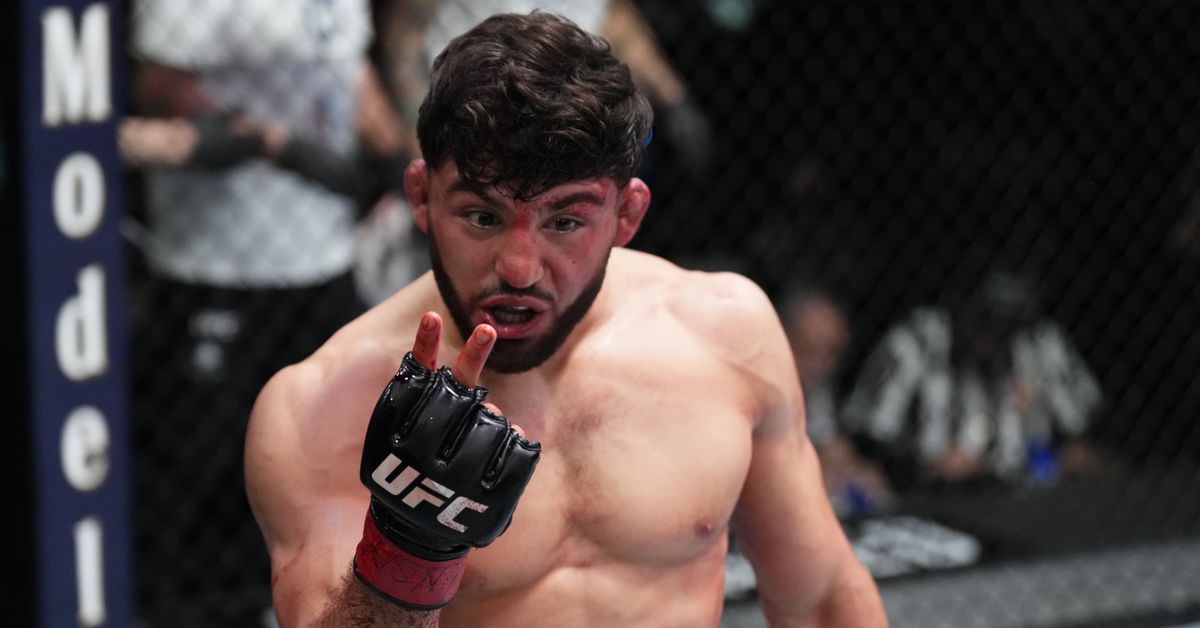 Lightweights Arman Tsarukyan and Damir Ismagulov have been booked for the upcoming year-end UFC card scheduled on Dec. 17 at the UFC APEX in Las Vegas.

Multiple people with knowledge of the promotion’s plans confirmed the news to MMA Fighting on Wednesday. The fight was first reported by Eurosport.

At just 25 years old, Tsarukyan remains one of the brightest prospects in the 155-pound division, but he’ll look to get back in the win column after coming up short in a five-round battle against Mateusz Gamrot back in June. Prior to that loss, Tsarukyan had rattled off five straight wins, including back-to-back knockouts over Christos Giagos and Joel Alvarez.

Meanwhile, Ismagulov has yet to taste defeat in the UFC while building on a remarkable 19-fight win streak dating back to 2015. Since joining the UFC roster, Ismagulov has picked up five consecutive wins, including victories over Thiago Moises, Rafael Alves, and Guram Kutateladze.

He’ll attempt to keep his momentum alive when he faces off with Tsarukyan in a fight that could propel the winner close into the top 10 in the division.

The lightweights will join a card on Dec. 17 that will be headlined by Sean Strickland taking on Jared Cannonier in a five-round fight at 185 pounds.