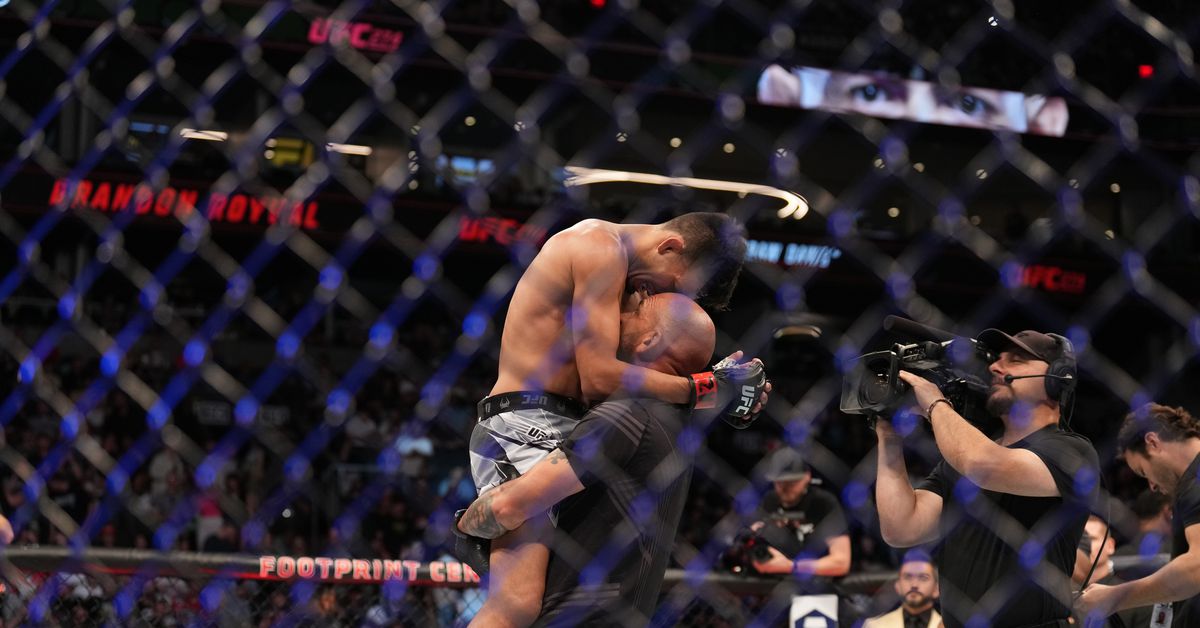 An intriguing flyweight contest at Saturday’s UFC Vegas 62 won’t happen after all.

Brandon Royval was scheduled to face Askar Askarov on Saturday night but it has been canceled, according to MMA Fighting’s Mike Heck.

Woke up at 127… before I started the weight cut I heard my opponents not going to make weight. They turned down a catch weight, so it looks like the fight is off. Heartbroken but thank you @tylermintonnutrition for another easy weight cut we stay professional on our end.

Royval (14-6) had been seeking his third straight win in the Octagon, while Askarov (14-1-1) was looking to bounce back from his first career loss.

It’s not clear yet if the UFC will try to rebook the fight for a later date or move ahead for new opponents for both fighters.