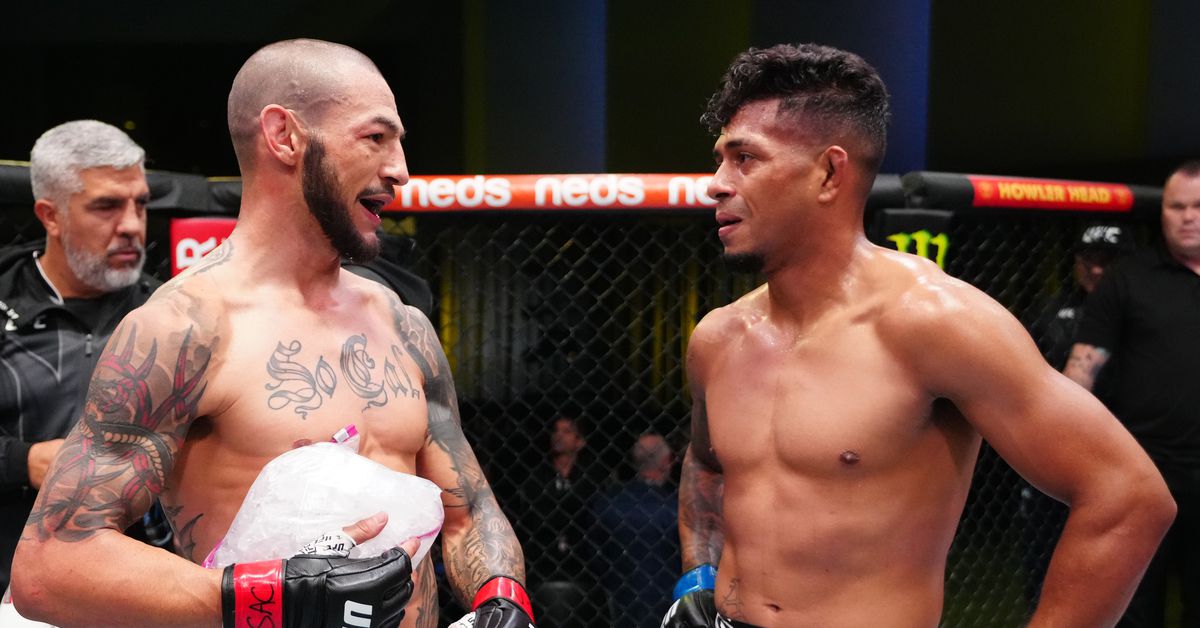 It’s still unclear why Cub Swanson refused to say a word during his appearance at UFC Vegas 62 media day, but it appears his silence served as motivation for Jonathan Martinez to deliver a blistering performance in their co-main event fight.

The bizarre display saw Swanson sit stoic while his teammate Daniel Argueta answered questions for him. It was an odd moment — and it turns out Martinez took Swanson’s approach as a slight against him.

“The only thing was it kind of felt disrespectful when he had his interview and he didn’t say nothing,” Martinez said at the UFC Vegas 62 post-fight press conference.

“I had that all week. He’s looking at me like I’m nobody. I had to go in there and make a statement.”

That’s exactly what Martinez did, as he punished Swanson with kicks throughout the fight and nearly earned a finish in the closing moments of the opening round. With Swanson backed against the cage, Martinez started unloading shots that eventually dropped the UFC and WEC veteran to the canvas. Martinez followed up with a flurry of punches, but time expired before he could put Swanson away.

When Martinez dropped Swanson in the second round with a brutal series of leg kicks, he didn’t stop punching until the referee mercifully pulled him off — and he actually felt somewhat bad that he had to go that far to get the finish.

“Honestly, I thought they were going to stop it in the first round,” Martinez said. “I didn’t think he was [going to continue]. I was kind of feeling bad so I had to step back and I’m going to fight and I had to wait until the ref jumped in there.”

Now that he holds a win over a UFC Hall of Famer in Swanson, the 28-year-old bantamweight is hoping that he’ll get a step up in competition against other big names in the division.

Immediately after the fight, Martinez called for an opportunity to face former UFC champion Dominick Cruz, who also happened to be calling the fights on Saturday.

Then at the press conference, Martinez added another ex-champion to the list of fighters he hopes will answer his call after earning a reputation as one of the most soft-spoken athletes on the entire UFC roster.

“Hopefully now because I beat Cub, they’re going to see something different and take me serious.”