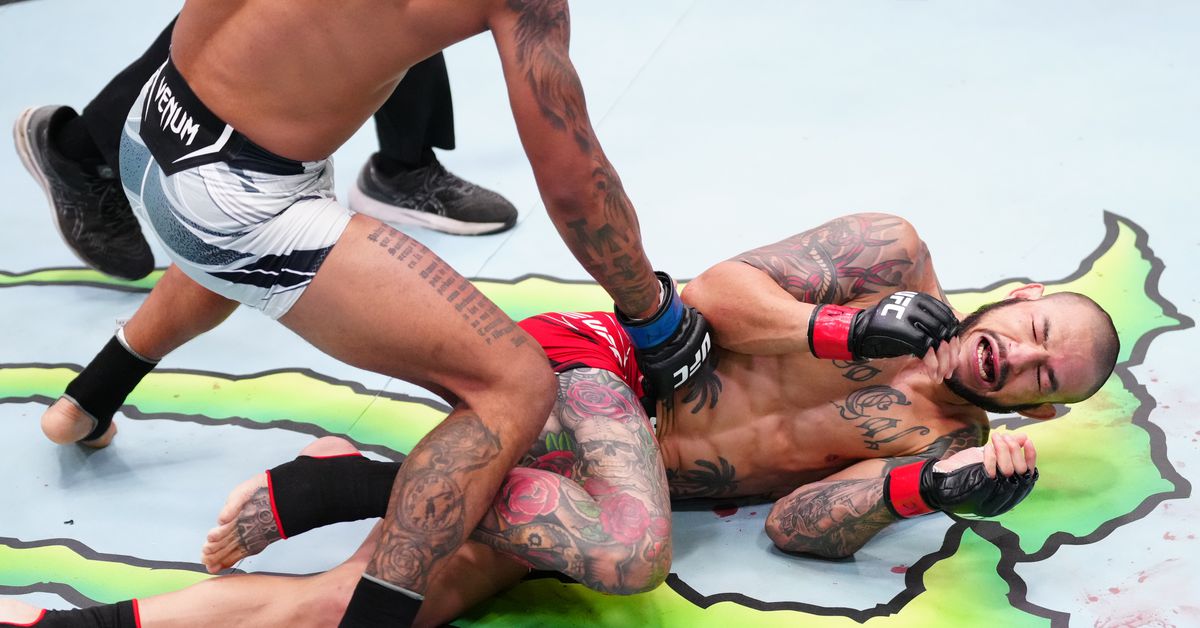 The co-main event of UFC Vegas 62 was a baffling affair.

Not the outcome. No, most fans and analysts expected that the powerful left leg of Jonathan Martinez would ruin Cub Swanson’s night. It did all that and more, breaking him down en route to a punishing, painful low kick stoppage that earned “The Dragon” an extra $50k.

What didn’t make sense was Swanson’s entire move to Bantamweight. At this stage of the game, it’s become common knowledge that very rarely does a drop in weight class produce a sudden run at the title. That’s especially true when a fighter is already in the twilight of his professional career.

Swanson is 38 years of age. That can fly at Heavyweight, but sub-155 pounds, there are no 38 year old title contenders. It doesn’t happen in the divisions where speed and athleticism are simply so paramount for success. Basically, regardless of whether Swanson was at Featherweight or Bantamweight, he needed some type of miracle run to make a title bid.

It’s not really in the realm of possibility.

So why the Bantamweight move? There’s no clear reason. It’s not as if Swanson is undersized at Featherweight. He’s not the biggest man at 145 lbs., sure, but rarely is Swanson simply held down for three rounds due to a strength disadvantage.

Typically, fighters will drop weight if they’re losing often and concerned for their UFC careers. That doesn’t describe Swanson either! Prior to his loss to Martinez, Swanson had won three of four. His most recent win was a tremendous knockout win over Darren Elkins, the exact type of grinding wrestler who would punish someone too weak for Featherweight.

Furthermore, Swanson is pretty beloved by fans! He’s a Hall of Fame fighter, one who consistently entertains in victory or defeat. Case in point: Swanson was not released when he lost four straight from 2017-2019.

Swanson had a nice position carved out for himself at 145 lbs., and there was no clear reason to abandon it. There was little to gain, and the most likely outcome was also tremendously painful. Martinez battered Swanson, kicked him to pieces. We’ve never seen Swanson succumb so brutally to low kicks despite being in many wars, so one has to assume the weight cut didn’t help his durability.

Hopefully, this is just a one-off lesson learned. There are still plenty of fun fights available for “Killer Cub” at Featherweight!