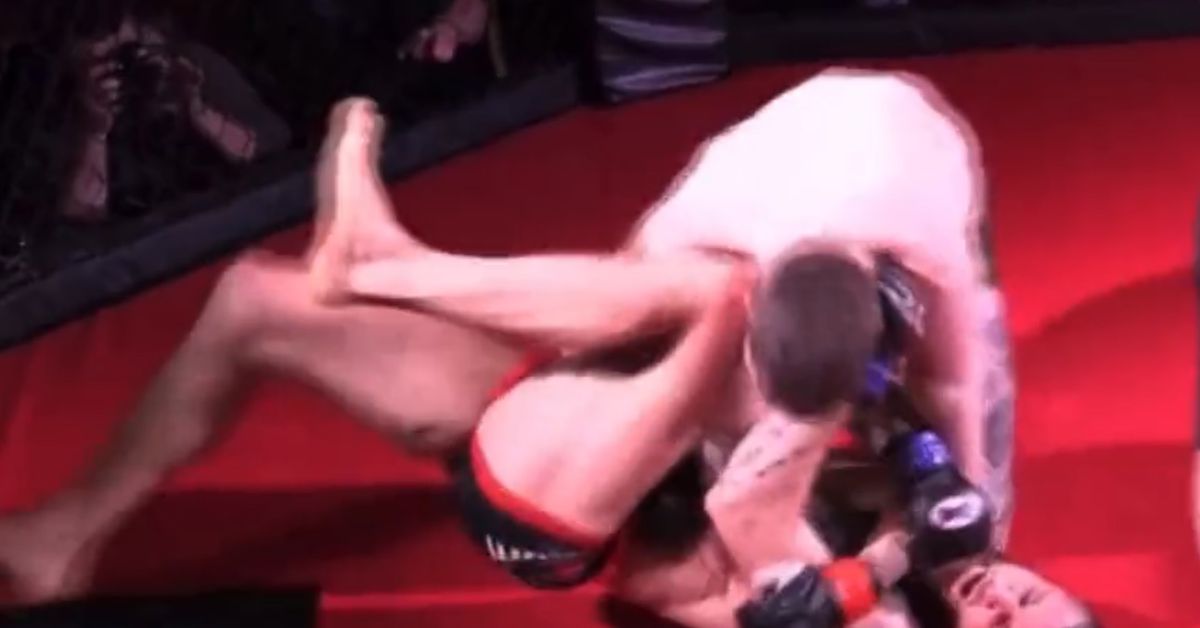 The Irish welterweight had a memorable pro debut this past Saturday at a Cage Conflict event in Belfast, Northern Ireland, picking up a disqualification victory after opponent Vadim Kolesnikov struck him with multiple illegal knees to the head as they grappled on the ground.

Watch footage of the infractions above, courtesy of Severe MMA.

In the clip, Gibson can be seen wrestling to maintain top position while also looking for angles from which to land elbows. Kolesknikov defends himself by controlling Gibson’s left wrist and then starts rifling knees into the side of Gibson’s head. Under The Unified Rules of Mixed Martial Arts, knees to the head of a grounded opponent are prohibited, and both fighters are clearly grounded in this instance.

The referee did not immediately intervene despite the repeated fouls. Eventually, the action returned to the feet where Kolesnikov continued to pressure a dazed Gibson until the referee stepped in for the stoppage. According to official results, Gibson was awarded a victory via first-round disqualification.

It’s unclear if Kolesnikov was initially under the impression that he won the fight. Following the stoppage, the Latvian fighter appeared aggravated as he reacted to jeers from the crowd.