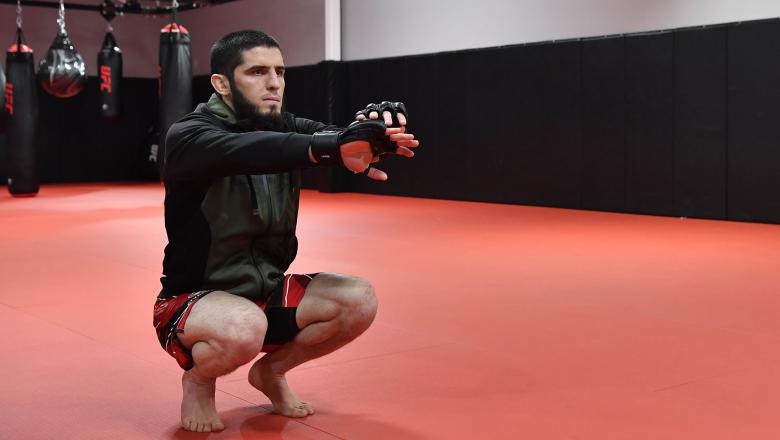 “It doesn’t matter who is the champion, who has the belt — just October 22, I’m going to be there, and whoever is in front of me, I’m going to beat this guy, take this belt, and go back home.

“I just need this title,” he said sincerely. “I just want this belt because I had a long way in this sport, in the UFC.”

Makhachev has indeed travelled a long, difficult road to reach his first championship opportunity this weekend.

After pushing his record to 12-0 with a second-round submission win over Leo Kuntz in his promotional debut, he was knocked out less than two minutes into his sophomore showing by Adriano Martins. Since then, the highly regarded competitor has faced a non-stop barrage of tough outs, beating them all, including veterans like Nik Lentz and Gleison Tibau, promising emerging competitors like Arman Tsarukyan, and ranked foes like Drew Dober, Thiago Moises, and Dan Hooker.

In some ways, his journey is not dissimilar to the last half of the path Oliveira took to reach the top of the lightweight division, and it’s that shared determination and willingness to continue pressing forward at all costs that gives Makhachev respect for the man he’ll share the Octagon with this weekend.

“He has a hard way to the belt, and I know this guy is going to be ready,” he said of Oliveira, whose UFC record stood at 10-8 with one no contest verdict prior to him kicking off the 11-fight winning streak he carries into their main event showdown at Etihad Arena. “I know Charles had a hard road to the championship because he had many losses in the UFC, many injuries, but right now, he’s the champion because he did a good job.