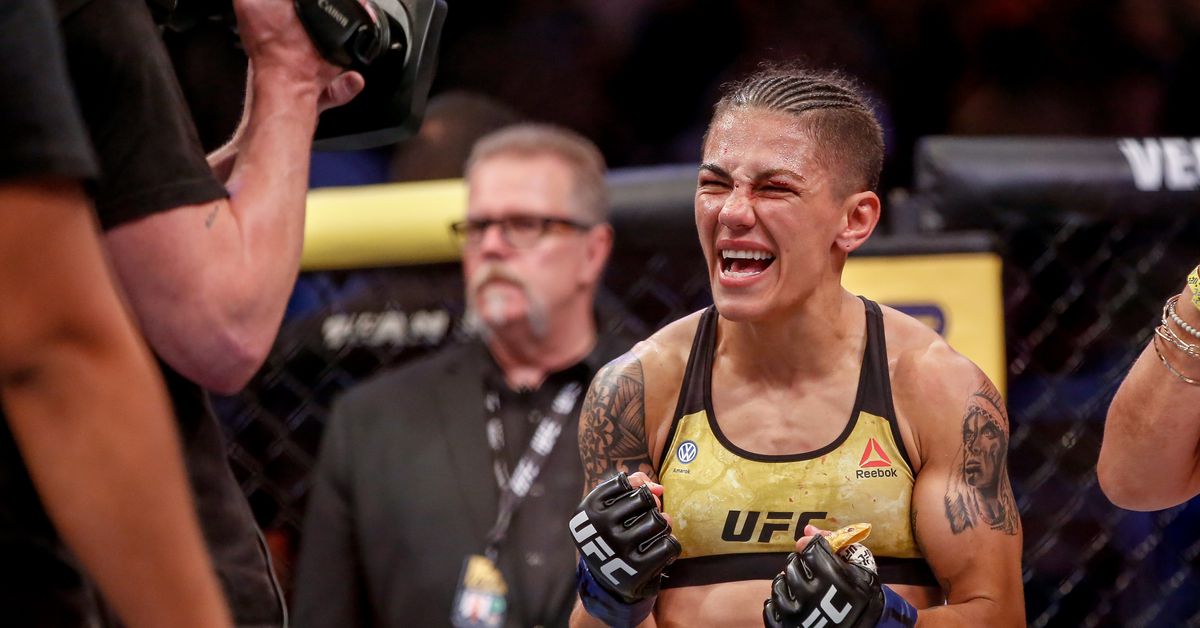 The first Ultimate Fighting Championship (UFC) pay-per-view (PPV) of 2023 is stacking up nicely.

The fight for Andrade will be her first back in her home country since she devastatingly won the Strawweight title against Rose Namajunas in May 2019 (watch highlights). Andrade has since tried her hand at 125 pounds and found great success outside of her April 2021 title opportunity opposite Valentina Shevchenko. Defeating Amanda Lemos in a Strawweight return her last time out in April 2022 (watch highlights), Andrade rides a two-fight win streak as she heads back up in weight.

Murphy challenged Shevchenko for the Flyweight strap after Andrade and suffered a similar fate, falling via technical knockout in round four (watch highlights). “Lucky” rebounded with an impressive unanimous decision win over Miesha Tate in July 2022 at UFC Long Island.

UFC 283 has just one title fight on tap at present, but that could change as 2022 nears its close. In the first UFC tetralogy, Flyweight champions, Deiveson Figueiredo and Brandon Moreno, will attempt to finally settle the score in their 1-1-1 series.

Check out the current ufc 283 lineup below:

MMA fighters sticking with Krause face ban
Paddy Pimblett Explains Why He Doesn’t Support England At The World Cup
Kayla Harrison Reacts To Cris Cyborg’s Post-PFL Championships Message
Pimblett Countdown To UFC 282
Could this interaction between Thompson and Holland been any more friendly? 🥹