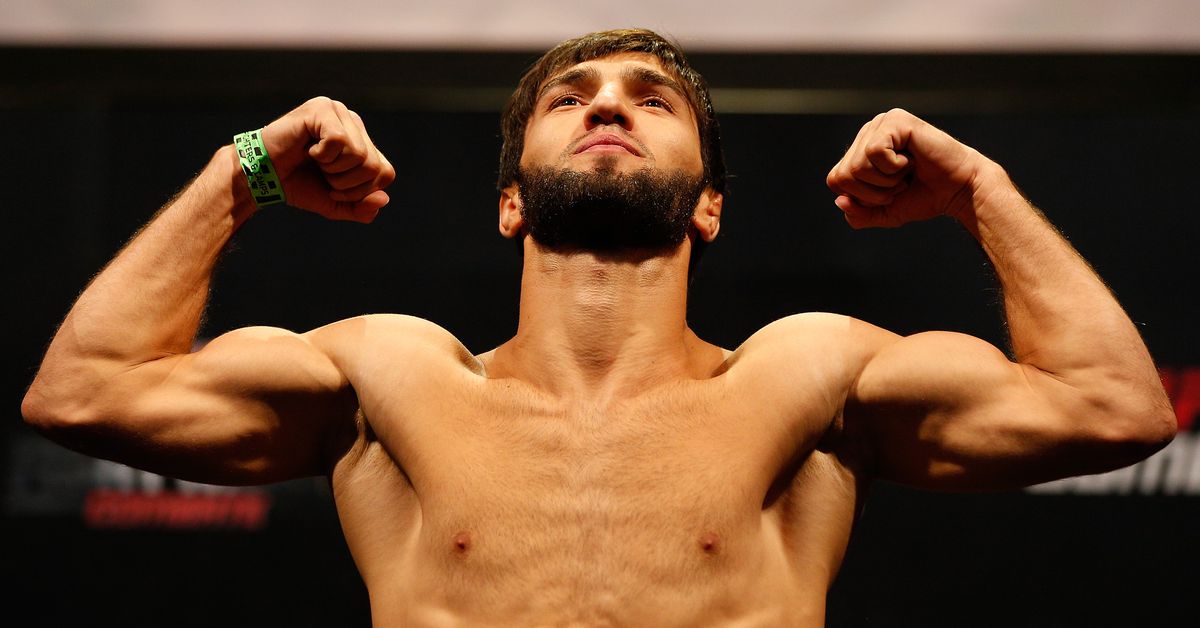 The bad news is the promotion was forced to cancel the featherweight contest between Zubaira Tukhugov and Lucas Almeida after the Russian “Warrior” was bounced from the Oct. 22 fight card in Abu Dhabi due to “weight management issues.”

“Last night I was already underweight,” Almeida told Combate. “When I woke up today, I even had to rehydrate a little before going to the weigh-in. I got on the unofficial scale and hit it calmly, that’s when they told me that the guy I was going to fight didn’t make the weight and Sean Shelby wanted to talk to me. He said that the fight had fallen, I even said that I would fight anyway, whatever the weight, but the boss said he wouldn’t have it, that he would talk to my manager, Wallid Ismail, and that he would give me priority to fight on some other card I chose.”

Also having weight management issues was flyweight veteran Katlyn Chookagian. “Blonde Fighter” came in heavy at 127.5 pounds for her pay-per-view (PPV) fight against Manon Fiorot (125.5) and was fined 20 percent of her purse, payable to “Beast.”

“I got sad,” Almeida continued. “I’ll get the [purse] thank God, but I wanted to fight, I’m a fighter. It was hours of travel, there is a time difference, it was ready. I was sad, I cried, but I have good people by my side, who said good things to me. I hope my opponent is okay, I don’t know what happened to him. I really wanted to fight but I believe a lot in God, and let’s wait for His will. I’ll rest for a week, then I’ll see how my body gets back so we can book another fight. I even joked that if Alex Volkanovski wants to fight me it will be like Rocky Balboa against Apollo Creed (laughs). Who knows?”

To check out the latest and greatest UFC 280: “Oliveira vs. Makhachev” news and notes be sure to hit up our comprehensive event archive right here. For the complete UFC 280 fight card and PPV line up click here.