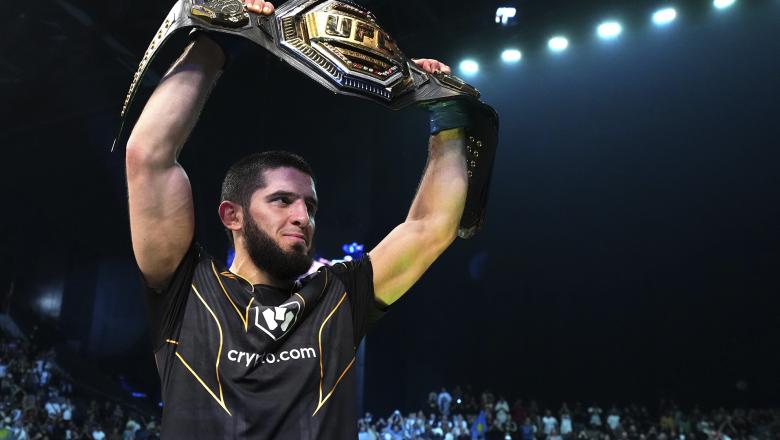 In the main event, Makhachev showed how dominant of a wrestler he really is, securing takedowns against the promotion’s greatest submission artist of all time, and eventually locking in an arm triangle choke forcing Oliveira to tap halfway through the second round. In the co-main event, Aljamain Sterling dominated TJ Dillashaw, who suffered a shoulder injury early in the first, defending his bantamweight title for the second time. And Sean O’Malley shocked many UFC fans around the world, outscoring No. 1 ranked Petr Yan on his way to a split decision victory in his biggest test to date.

If you missed any of Saturday night’s action, scroll down for fight results, exclusive post-fight interviews and more:

UFC ‘Fight Like Hell’ Night: Wonderboy vs. Holland — how to watch, plus analysis and betting advice
Matt Schnell Shaves Head to Make Weight at UFC Orlando – MMA Fighting
Aljamain Sterling: ‘Henry Cejudo is the fight that’s gonna happen next’
UFC, LaLiga North America ink promotional deal
Wonderboy still has it, but should he jump right back into the title picture?