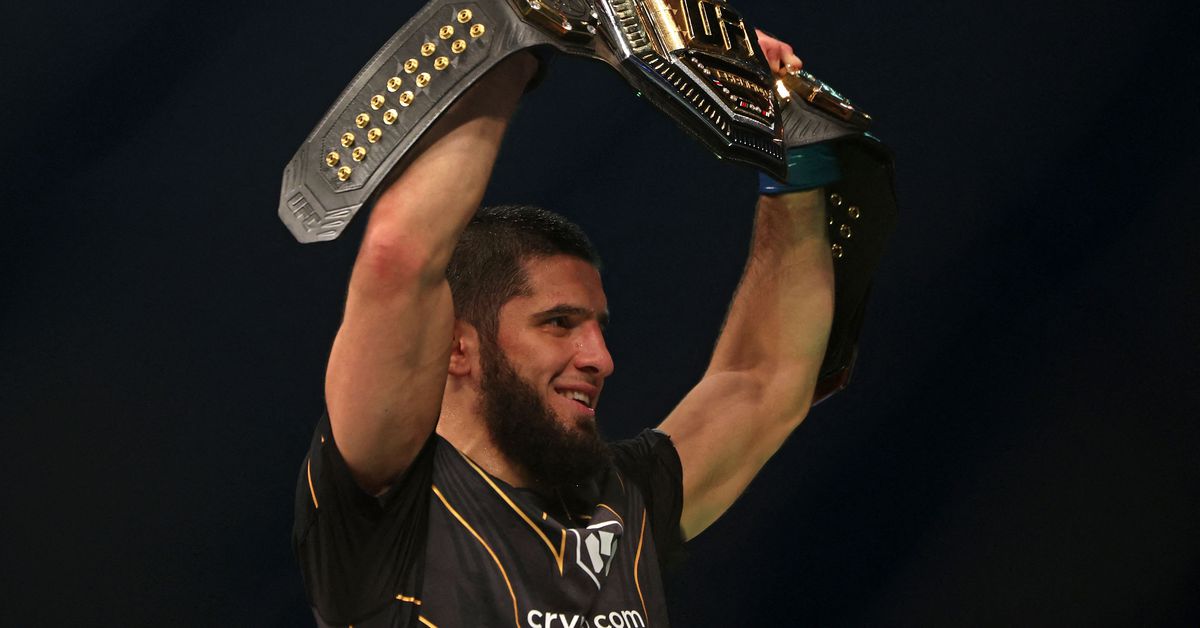 Islam Makhachev has arrived, and depending who you ask, he’s been there all along.

“There” is the No. 1 spot at lightweight in the MMA Fighting Global Rankings, a division widely considered to be the deepest in all of MMA. Makhachev vanquished Charles Oliveira to capture UFC gold in the main event of UFC 280 on Saturday, and with respect to “Do Bronx” and his incredible title run (yes, the Justin Gaethje fight counts), Makhachev made it look easy.

Heading into this loaded pay-per-view, only one of our panelists had Makhachev ranked No. 1 (and has had him there since January), and he was as low as No. 5 on one ballot. It should come as no surprise, then, that after his phenomenal performance and subsequent coronation, Makhachev is our unanimous choice for the top spot at 155 pounds.

And he could be there for a long time.

Even in the unpredictable world of MMA, it feels like Makhachev has the skill set and mindset to reliably dispatch any challengers to his throne. Comparisons to his close friend and mentor Khabib Nurmagomedov have always followed Makhachev, but he’s worn them proudly, and it’s not hard to see why: Like Nurmagomedov, Makhachev is poised to go on an unbeaten streak for the ages.

It seems funny now to think there was a question of whether Makhachev’s resume was even title-shot worthy, with critics noting that he didn’t have to get past any top-ranked opponents to book a fight with Oliveira. While his UFC 280 triumph doesn’t necessarily put that question to rest, he now gets the chance to answer it as the reigning and defending champion.

How long Makhachev’s run will last? Will the lure of chasing a second title at welterweight distract him from building an everlasting lightweight legacy? Or is there a contender out there ready to end the run before it even properly beings? Or, like Nurmagomedov, will he ride off into the sunset with gold still around his waist?

Vote in the poll and leave a comment below.

How many successful title defenses will Islam Makhachev have?