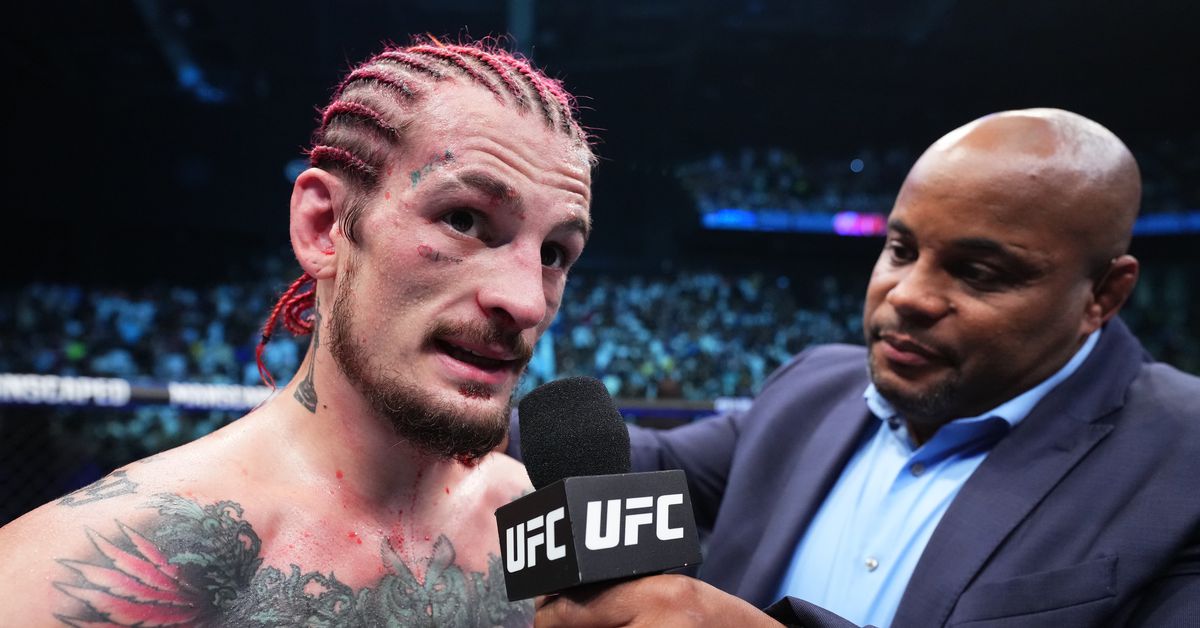 Sean O’Malley doesn’t want to hear your thoughts on his unanimous decision win over Petr Yan at UFC 280 this past weekend (Oct. 22, 2022).

“Suga” came through in what was undeniably his biggest test to date, defeating the former UFC Bantamweight champion in what many considered a surprisingly competitive affair (watch highlights). While all media scores turned in to MMADecisions.com favored Yan, two of the three judges gave the nod to the back-end top 10 contender over the No. 1-ranked contender.

“Happy with how it played out as far as landing big shots, ate some big shots,” he continued. “Goddamn, that was a war. That was a mental battle and I knew that going in. It’s not my f—king fault. You guys wanna go tell the refs, the judges, that I lost, you wanna go tell Dana [White], tell whoever, but don’t tell me. Save it, boys, cause that’s not what my record says.”

No matter how fans felt the fight went, it was a good and fun fight to sit back and watch. At the end of the night, O’Malley and Yan were awarded Fight of the Night honors, meaning an extra $50,000 went into their bank accounts.

O’Malley appears to now be lined up for his first career title shot against the champion, Aljamain Sterling, but time will tell.

“It’s so crazy getting asked about fights after going through wars,” O’Malley said. “It’s like, I don’t want to think about that. I want to be a goofball for a little bit and chill out.”

UFC 282 Update
What to watch for in the 2022 PFL Championships
UFC 253: Fighters You Should Know
“Money Moicano” Has A Plan
Jiří Procházka Vacates LHW Championship, MMA Twitter Reacts