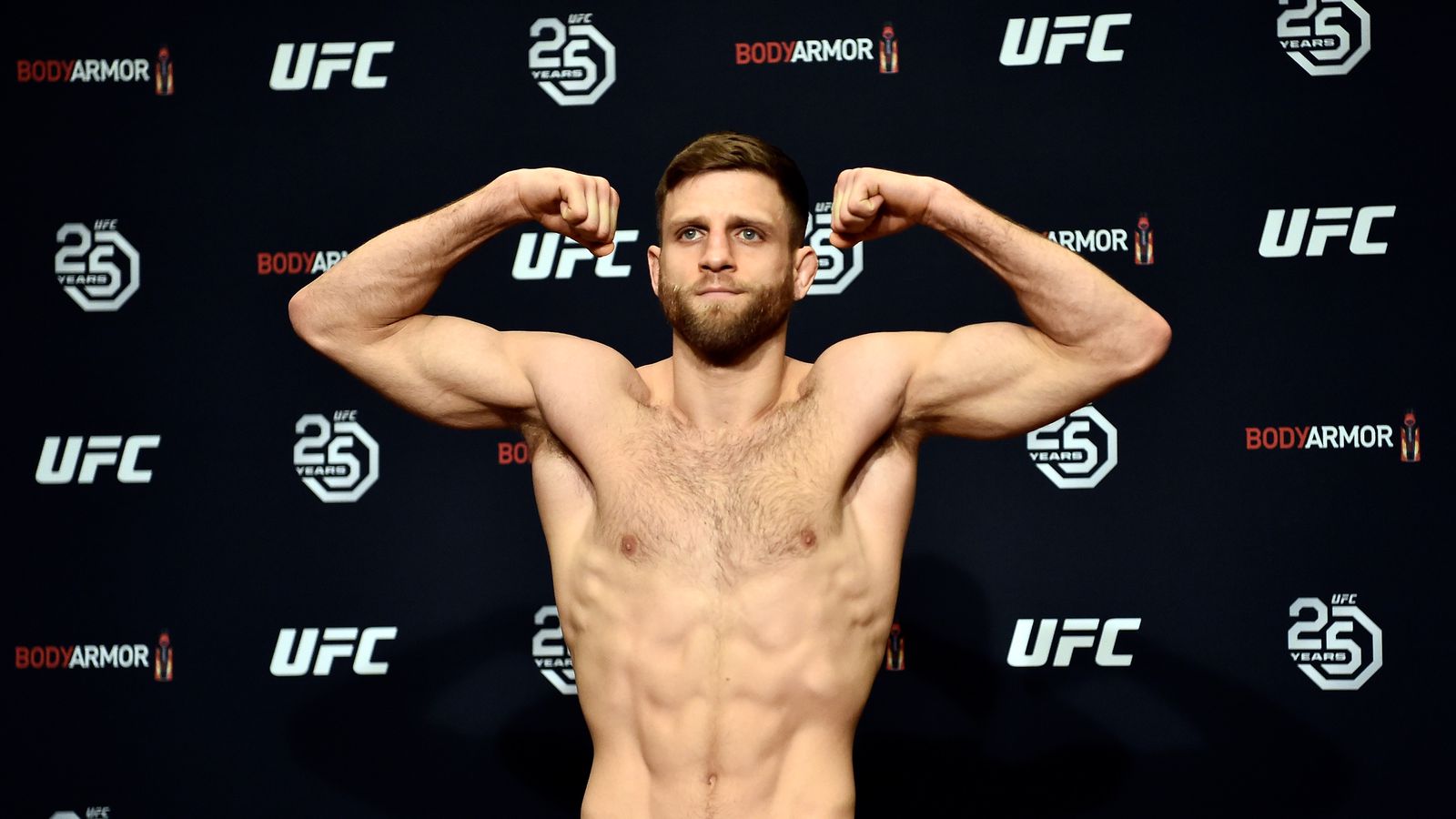 Ultimate Fighting Championship (UFC) is just over 24 hours away from its upcoming UFC Vegas 63 mixed martial arts (MMA) event, headlined by a 145-pound showdown between Top 10 featherweights Calvin Kattar and Arnold Allen. The action gets underway this Sat. night (Oct. 29, 2022) on ESPN+ from inside the promotion’s APEX facility in Las Vegas, Nevada, and also features a welterweight co-headliner between Max Griffin vs. Tim Means.

Before the ESPN+ live stream gets underway this weekend in “Sin City,” which also includes the light heavyweight showdown between Dustin Jacoby and Khalil Rountree, all 20 fighters must hit the scale to prove themselves worthy. Note: Nevada State Athletic Commission (NSAC) affords a one-pound allowance in non-title fights.

The UFC Vegas 63 weigh ins will stream LIVE in the embedded video player above beginning promptly at 12 p.m. ET (9 a.m. PT). We’ll also have real-time text updates for the “Kattar vs. Allen” weigh ins listed below, updated as they happen. Remember too that staredowns will commence at the conclusion of today’s weigh ins (roughly 2 p.m. ET).

To check out the latest and greatest UFC Vegas 63 news and notes be sure to hit up our comprehensive event archive here. For the updated and finalized “Kattar vs. Allen” fight card and ESPN+ lineup click here.