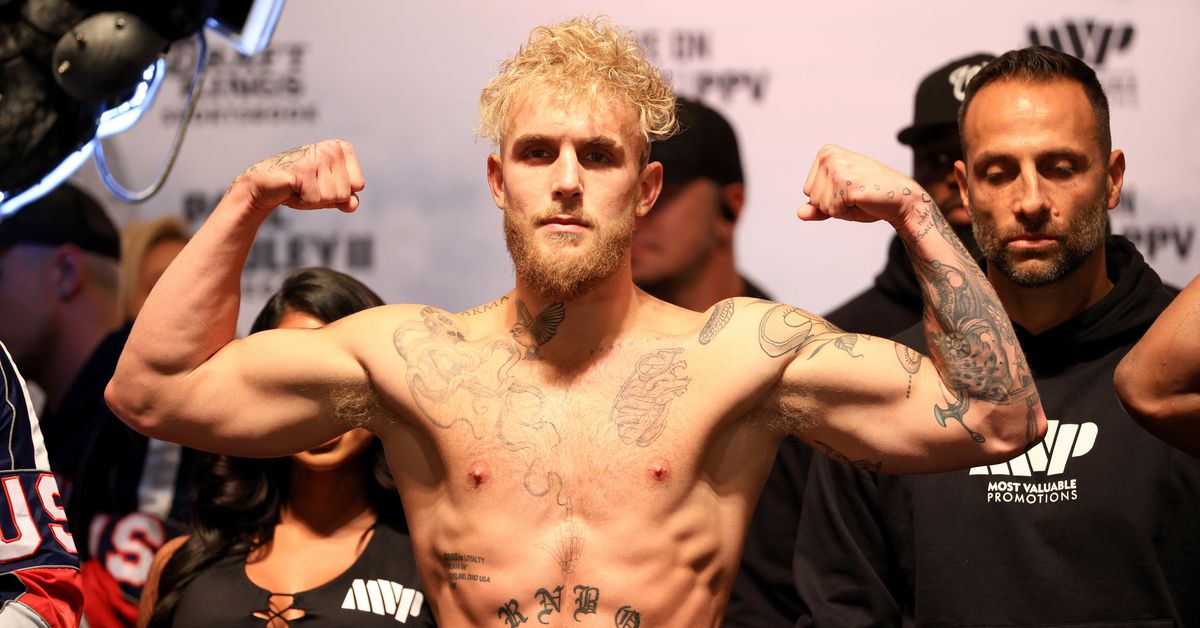 Jake Paul and Anderson Silva have to hit 187 pounds, the catchweight limit for their main event showdown on Showtime.

In the co-main event, Ashton Sylve and Braulio Rodriguez will compete in a lightweight contest and will have to hit 135 pounds.

The Jake Paul vs. Anderson Silva official weigh-ins are expected to begin at 12 p.m. ET.

The ceremonial weigh-ins will be at 8 p.m. ET. Watch a live stream here.

The complete Paul vs. Silva weigh-in results are below.