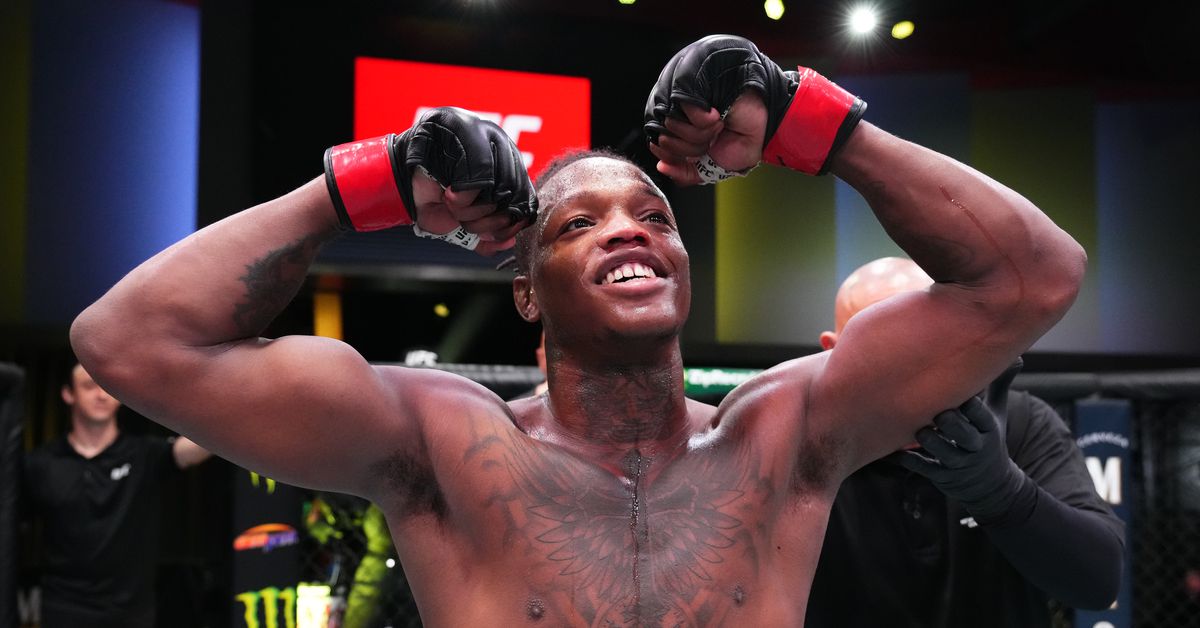 A lightweight matchup pitting Terrance McKinney against Ismael Bonfim has been booked as part of the UFC 283 card in Brazil on Jan. 21.

Multiple people with knowledge of the promotion’s plans confirmed the matchup to MMA Fighting on Monday including McKinney’s manager Oren Hodak from KO Reps. McKinney initially posted information about the fight on Twitter.

McKinney has been a welcome addition to the UFC’s 155-pound division while putting together a 3-1 record through his first four fights with all of his wins coming in the first round. Most recently, McKinney dispatched Erick Gonzalez by rear-naked choke in August, which put him back on track following his only loss in the octagon after a back-and-forth war against Drew Dober.

As for Bonfim, the Brazilian will get quite a test for his official UFC debut after he picked up an impressive decision win on Dana White’s Contender Series.

Overall, Bonfim has put together a 12-fight win streak dating back to 2015 but this will certainly be his stiffest competition to date when he faces McKinney in his home country.

The upcoming UFC 283 card is still coming together but a flyweight title fight between Deiveson Figueiredo and Brandon Moreno is already scheduled. Another championship bout that could potentially serve as the main event may still be added but those details are still coming together for the card in January.

Mike Heck contributed to this report