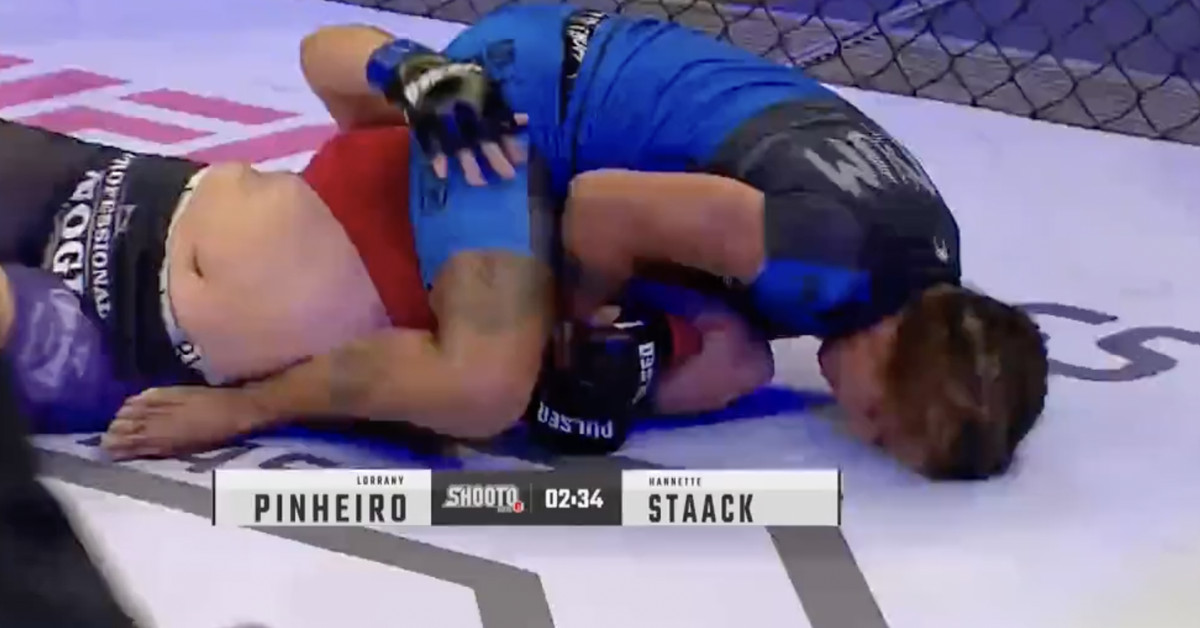 Hannette Staack, one of the best grapplers of all-time, was victorious in her MMA debut on Friday night in Rio de Janeiro, tapping fellow debutant Lorrany Pinheiro with a kimura from the mount in under three minutes.

Watch the finish below.

Staack, now 1-0 in MMA, first teased about her in-cage debut back in 2021 but took longer than expected to start in the sport. The 43-year-old, an IBJJF Hall of Fame member, is a seven-time world champion in jiu-jitsu and three-time ADCC gold medalist, tied with Kyra Gracie as the the second-most accomplished woman to ever compete at ADCC behind Gabi Garcia.

Shooto Brazil 111 was headlined by UFC, Bellator and RIZIN veteran John Teixeira, who stopped Mauricio Machado in just 36 seconds in a featherweight contest. “Macapa” (25-8-2) shared cages against the likes of A.J. McKee, Pat Curran, Daniel Weichel and Mikuru Asakura over 15 years as a professional MMA fighter.