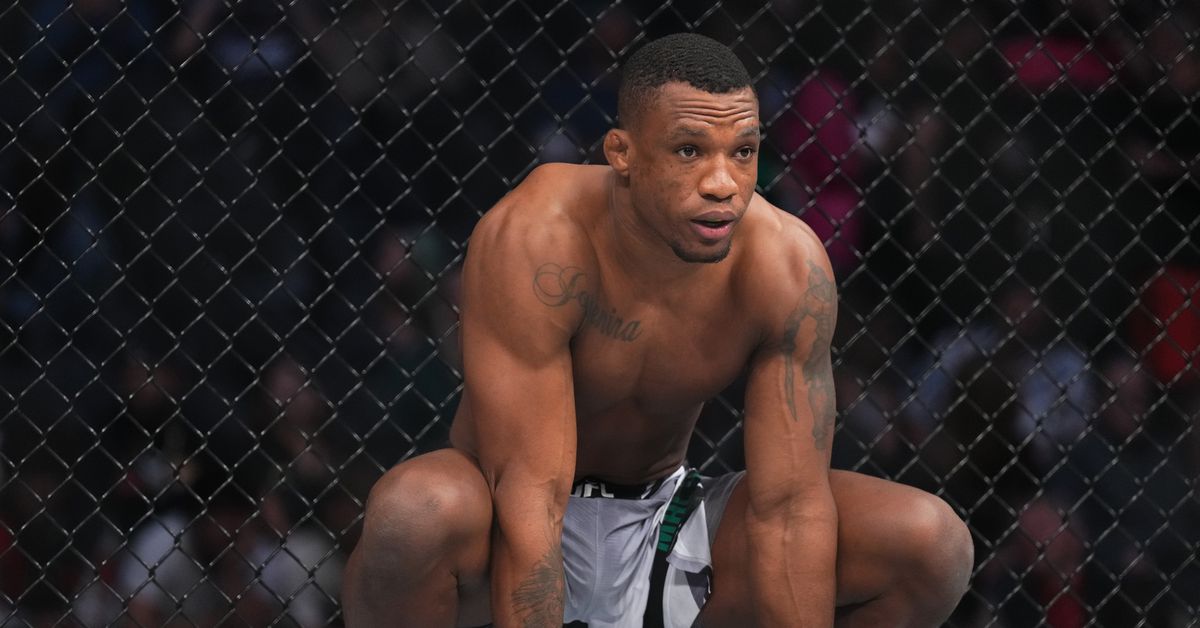 Jailton Almeida and Shamil Abdurakhimov are lined up to face one another again.

Following news of Almeida’s removal from Saturday’s UFC Vegas 64 card due to visa issues with opponent Maxim Grishin, the UFC announced Tuesday that Almeida (17-2) will now fight Abdurakhimov (20-7). The heavyweight bout takes place on Jan. 14 at an event scheduled to take place at UFC APEX in Las Vegas.

This is the third time that Almeida and Abdurakhimov have been booked for a fight after UFC 279 (Sept. 10) and UFC 280 (Oct. 22) matchups fell through earlier this year. Almeida instead fought newcomer Anton Turkalj at UFC 279, defeating him by submission for his third UFC win. All of his octagon wins have come in the first round.

Abdurakhimov seeks his first win since April 2019. He has lost three straight fights, all by TKO. In his most recent outing in March, he was defeated in the first round by Sergei Pavlovich.

The Jan. 14 UFC Fight Night event — the UFC’s first event of 2023 — is scheduled to be headlined by a battle of middleweight contenders between Kelvin Gastelum and Nassourdine Imavov.