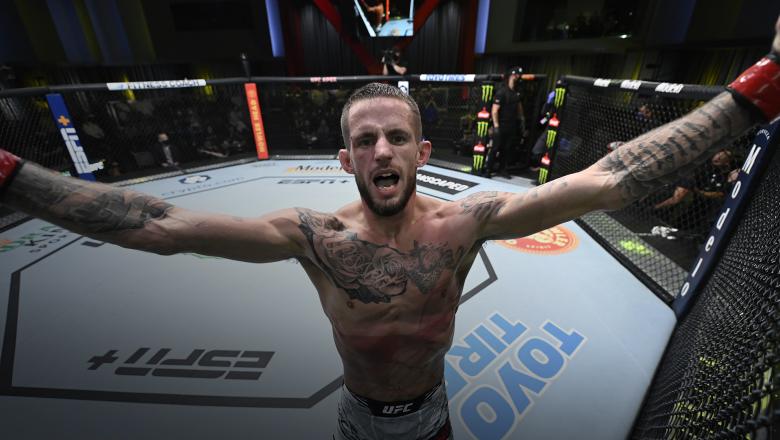 “I didn’t lose to no scrub,” laughed Maness, who landed on the wrong side of the cards against Umar Nurmagomedov in June. “Umar is an undefeated guy, a great fighter. I definitely wasn’t running from the division; I just think I can make the class.”

Following that setback — his first in the UFC — the Kentucky native investigated the possibility of relocating to the 125-pound weight class, going through a battery of tests with the team of professionals at the UFC Performance Institute. As soon as he received the green light, this weekend’s clash with Nurmagomedov’s teammate Tagir Ulanbekov was booked, and Maness started working his way towards hitting the flyweight limit on Friday morning.

“I know people say it gets harder to cut weight as you get older, but it’s really gotten easier and easier for me as I’ve gotten older, gotten more experience with when to eat, the training, and things like that,” explained Maness, who earned quality wins over Johnny Munoz, Luke Sanders, and Tony Gravely prior to running into Nurmagomedov in the summer. “When I fought Umar last June, I got back in the cage the smallest I’ve ever been, and I didn’t really see the point of being the smaller guy in there if I can make the weight.

“Height-wise and reach I’ll be a bigger guy, but I’m going to be weighing the same as those guys on fight night,” he added. “This is the class I belong in right now, and that’s really the only reason for the move.”

Now two years and four fights into his UFC tenure, the 31-year-old has finally reached a point where he’s feeling comfortable with the process and settled in to dealing with everything that comes with competing on the biggest stage in the sport.